As the 2022 Zephyr Nationals have been cancelled the consolation prize for us Zephyrites who were rearing to go to Wellington for the Nationals is to watch last years video featuring some of the sailing highlights. I'll watch and see if I can see myself wallowing around in my boat 'Slipstream' 195 (That's the yellow boat with the old bugger still learning how to sail). Roll on next year - as the 2023 Nationals will be held at the same place as this years cancelled sailing - Worser Bay, Wellington.

The 2022 Zephyr Nationals at Worser Bay in Wellingon have been cancelled - such is life in a world wide plague.

Unfortunately I am sending this email to all Zephyr contestants to let you all know that we’ve made the very difficult decision to cancel the upcoming 2022 Zephyr National Champs planned at Worser Bay 3-6 Feb and that we will be rescheduling the next Zephyr national champs at WBBC for a similar time in 2023 (still TBC).

The key factors driving this decision have been:

I do understand that this must be very disappointing news for those of you who have registered and looking forward to sailing at these championships, as well as for many of our organising committee members who have done a lot of great work towards the planning of this regatta.  But I do strongly feel that managing the impending risks to the health and safety of our sailors and volunteers is the highest priority in this situation. I do hope you understand this too.  It certainly has been a tough decision to make.

I will be meeting with our organising committee this week to further work through the impacts of this cancellation and to also look at how we can refund as much of the registration and dinner fees as possible, so I will be in touch again soon with more information as it becomes available.

I am very disappointed about the cancellation of this years Zephyr Yacht Nationals not only because I will miss the sailing and racing and all that that means, but also because I was all set to stay and have a catch up with an old friend in Wellington. Having said that, broadly speaking I support the actions of the organisers of the event, Wellingtons'  Worser Bay Yacht Club. I support the clubs decision because they in turn are falling in line with government requirements which I also support. Why? :

If you extrapolate the UKs Covid death toll to New Zealands population, we would have had nearly 15,000 deaths from Covid, instead of the 54 deaths that we have had by following strict regulations and protocols.

If you extrapolate NZs death toll to UKs population the UK would have had only 670 deaths not the 176,000 that they have had. In a similar manner the USA would only have had around 5000 deaths instead of their grim toll of 800,000.

The reason for the lower toll in New Zealand are complex including the fact that there has been a delayed pandemic effect due to our distance from the rest of the world which has enabled NZ to learn from the rest of the worlds experience. Lock downs have been effective because of a high level of compliance which has given breathing space to get high vaccination levels established (well over 90%). The key elements in all of this has been common sense health measures - wear a mask, get vaccinated and avoid large gatherings. None of this is draconian - and I support all of this. We are at war. 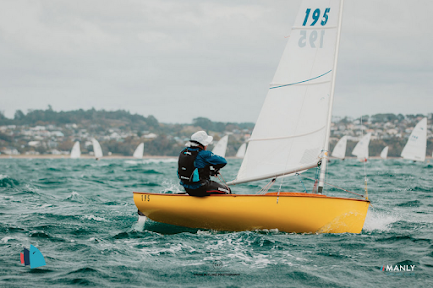 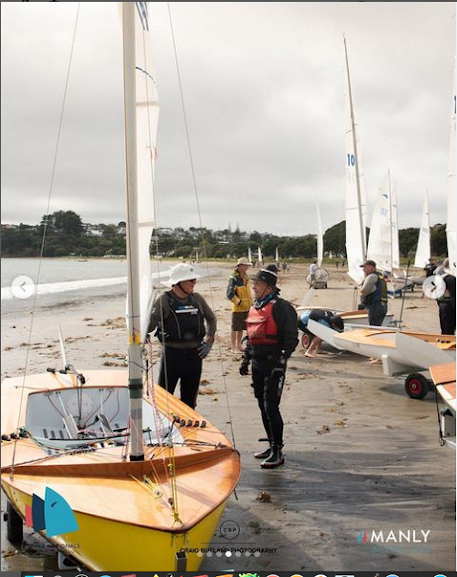 I found this photograph on the Zephyr Instagram site. I (on the left) am talking to a fellow Zepherite on the beach at Manly (A beach on the Whangaparoa Peninsula slightly north of Auckland New Zealand) while my yellow Zephyr 'Slipstream' looks on - on the occasion of the 2021 National contest.

This comment from the Instagram site sums up the spirit of sailing a Zephyr - and I say amen to all this:

Next month I head south again to Worser Bay Wellington for the 2022 National Zephyr Championships. I hope to improve on my placings at the other two Nationals I have raced in (60th Worser Bay 2018 and 46th Manly 2021). At 70 years of age a placing in the top half of the fleet will be very pleasing indeed. 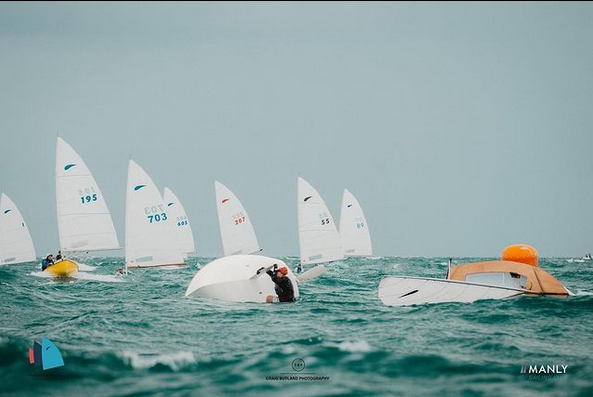 What I like about this photo (taken in 2021 at the Nationals in Manly) is that my second hand $4000 home renovated Zephyr (195 in the photo) is ahead of 703 which is one of the new beautiful fiberglass Zephyrs that are now available costing north of $25,000. It's races like this that makes all the renovation blood, sweat and tears worthwhile! Of course it doesn't stop me thinking that a brand spanking new fiberglass model would be rather nice.

What the weather will be like at this years Nationals in Wellington is anybodies guess - but one thing we all know in New Zealand is that if it blows in Wellington - it BLOWS!

So shipmates I'll soon be hitching up the mellow yellow Slippy and heading south - can't wait.