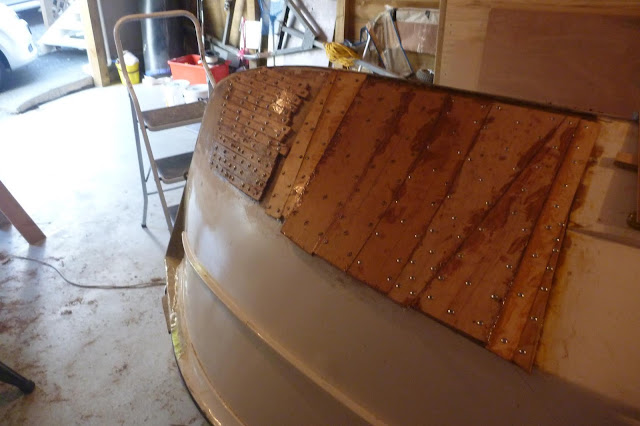 It happened like this. We approached my brother in law who is a retired professional painter and decorator and asked if he would be interested in earning some money by painting some rooms in our house. We would of course pay the going rate. He was interested but suggested a different plan. If I would fix his beloved little fishing boat he would do the work on our house. We agreed as it was a 'win - win' situation and a fair trade in terms of work time equivalence. Each party would pay for the materials required; we for our house; he and his wife for his boat. 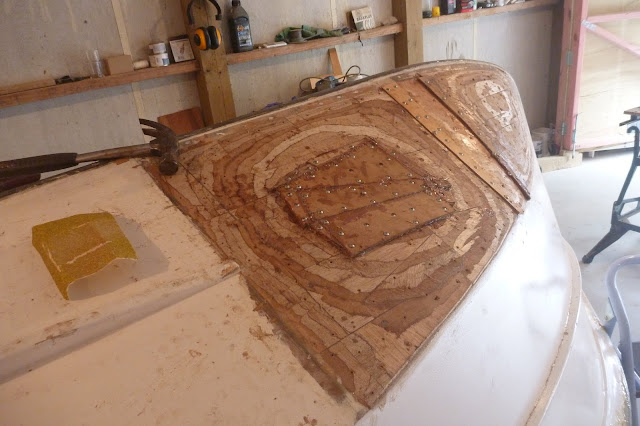 The boat problem was this. Glen had added a 'false bottom' to his boat. This gave the boat extra free board, inbuilt buoyancy and stability. It also altered the boats underwater shape somewhat. But unfortunately he came to grief when applying (no pun intended) plywood around the bow sections. Plywood does not like complex curves and objects, especially in this situation because not enough frames were added to help with the curving and the plywood was added in large sheets rather than smaller strips or 'planks'. So the situation was that the boat had a somewhat hungry, sucked in cheeks look in the bows either side of the forward frame.

The only solution I could think of apart from filling the whole area in with huge amounts of 'bog' (filler), was to build up the hollow areas with plywood (laminated in strips and held down with temporary screws) then plane the plywood down, fairing the offending areas into the lines of the hull. 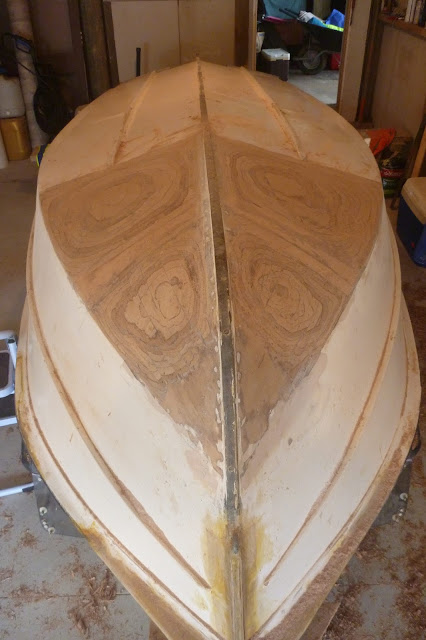 After two to three layers of plywood glued strategically followed by planing and sanding I completed the first part of the fairing. 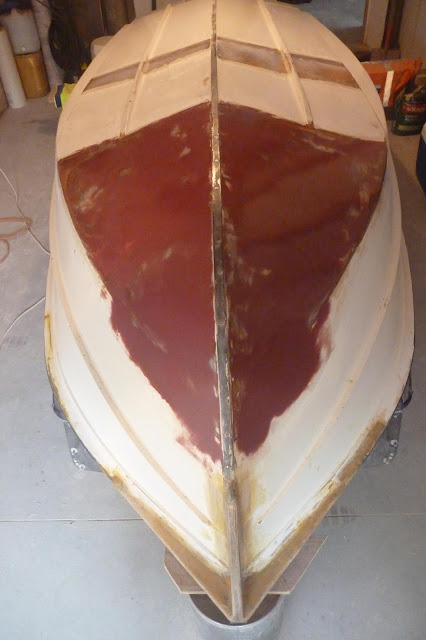 The second part of the job was to use a thin layer of West System fairing compound, which when sanded finished off the fairing. 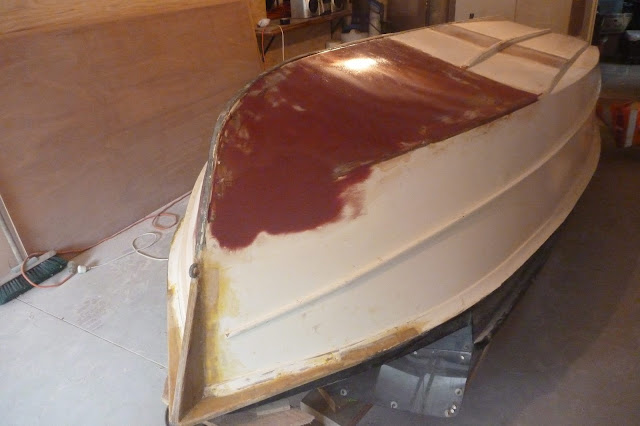 I completed the job by giving the area a coat of resin. 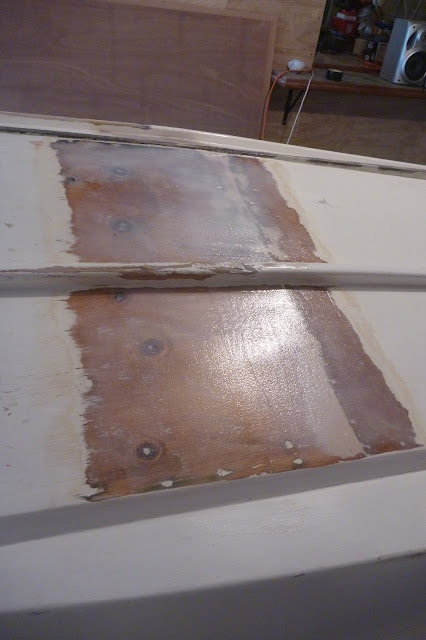 Towards the stern there were a couple of other areas on each side of the hull where the plywood was suffering from the lack of frames. I faired this up with West System gluing / filleting compound. We will screw some matching runners along this area which will act as external stringers, strengthening the hull in this area where the hull sits on boat trailer rollers. 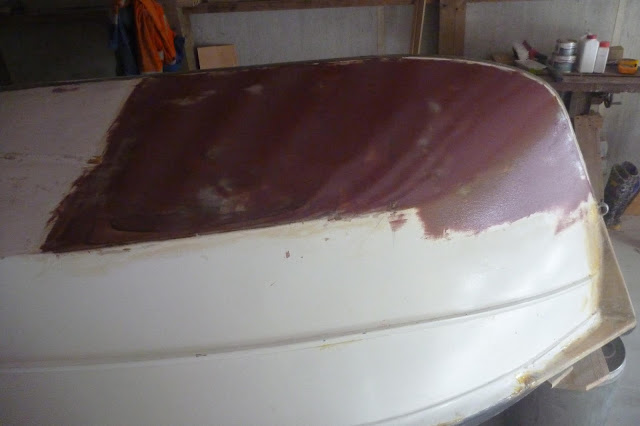 It took me seven days of hard work to complete the job. Glen did an excellent job on our house and an ancient system of bartering was exercised to the satisfaction of all concerned; and then quite suddenly it was Christmas Day! 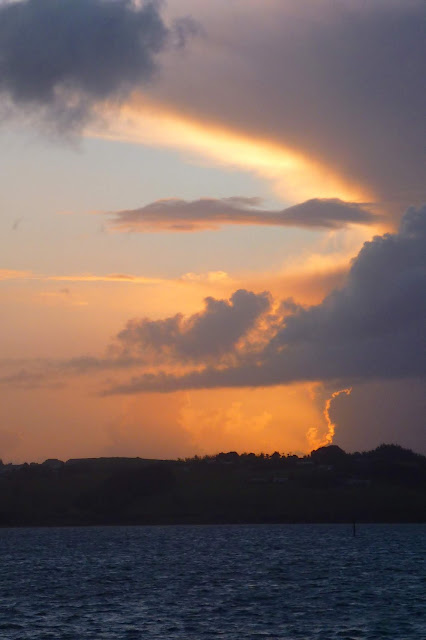 Today as evening drew near I drove to be close to water and sky. It's something I do often. This time it was to Onerahi by the yacht club were I sail on a Tuesday night. I sat in the car and ate a Lemon and Paeroa ice block on a stick ( You may need to be a Kiwi to fully understand what that means) and watched a couple of New Zealand Oyster Catcher seabirds stand on one leg with their long bright red bills tucked into their feathers as they slept - an impressive piece of acrobatics. 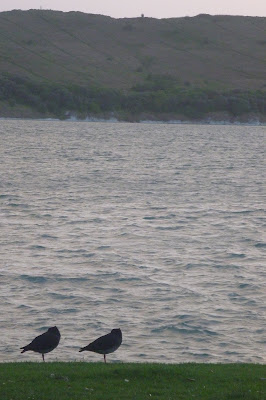