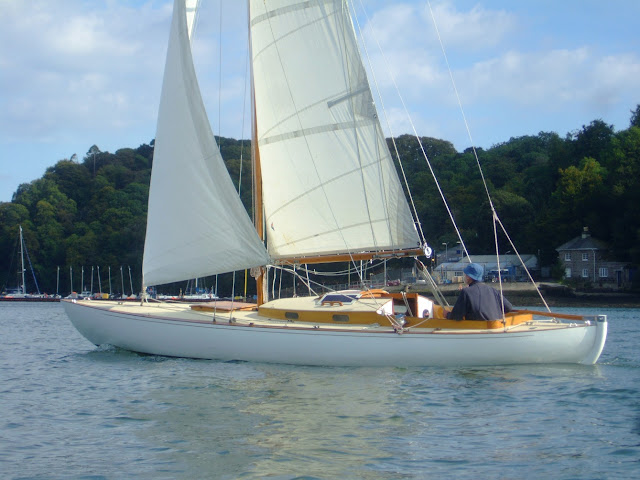 I must go down to the seas again, to the lonely sea and the sky,
And all I ask is a tall ship and a star to steer her by,
And the wheel's kick and the wind's song and the white sail's shaking,
And a grey mist on the sea's face, and a grey dawn breaking.

I must go down to the seas again, for the call of the running tide
Is a wild call and a clear call that may not be denied;
And all I ask is a windy day with the white clouds flying,
And the flung spray and the blown spume, and the sea-gulls crying.

I must go down to the seas again, to the vagrant gypsy life,
To the gull's way and the whale's way, where the wind's like a whetted knife;
And all I ask is a merry yarn from a laughing fellow-rover,
And quiet sleep and a sweet dream when the long trick's over. 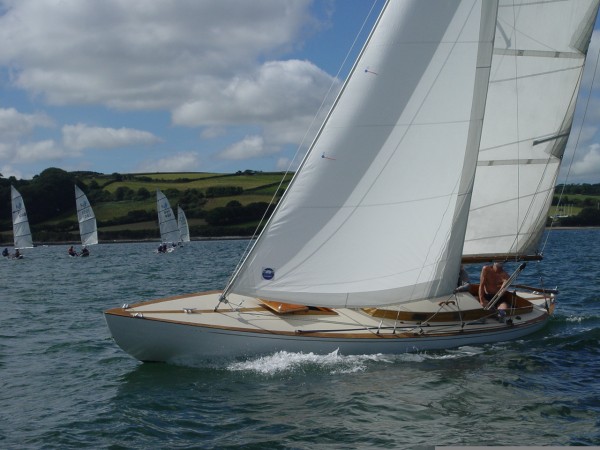 This beautiful little Knud Reimers designed 'Tumlare' class yacht ( Tumlare is Swedish for Porpoise) isn't a "tall ship" and she has a tiller rather than a ships wheel - but shipmates the sentiments ring true all the same. 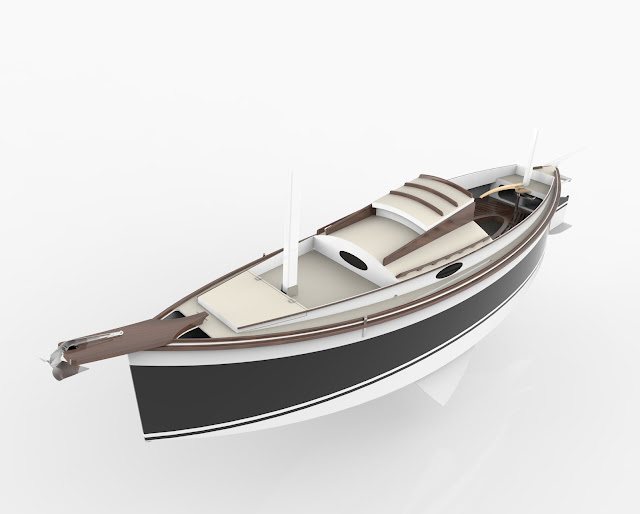 Shipmates, you may remember a couple of raves (or is that rants!) regarding Chesapeake Light Crafts 'Autumn Leaves canoe yawl designed by John Harris. I have posted about this little packet a couple of times here:  http://yachtee.blogspot.co.nz/2016/04/autumn-leaves-simple-canoe-yawl-from.html and here: http://yachtee.blogspot.co.nz/2016/09/canoe-yawl-autumn-leaves-update.html

I have been wondering and searching online ever since the design became available for any photographs of a new build to this design. Then bingo, yesterday I received a comment from Al Stead on my 'Autumn Leaves - Update' story. Al encouraged me to take a look at his postings on the BYYB site. Al Stead is either an American or Canadian who I think lives somewhere in the Great Lakes area. I am only guessing this based on his postings regarding his build of 'Autumn Leaves' here on the 'Back Yard Yacht Building (BYYB) site: https://www.byyb.org/forums/showthread.php?tid=3328

The BYYB site is a free forum, but you have to register and get a user name and password to be able to view Als' photographs and narrative - well worth the small effort. 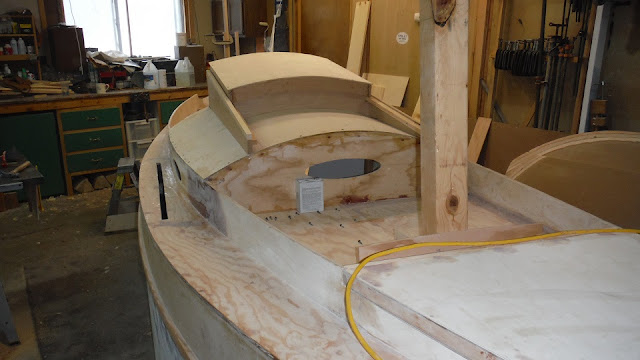 My heart soared when I viewed photographs of the build (there are a lot more on the BYYC site) because she looks even more interesting and enticing in three dimensions. I think she is a right little cracker of a boat and I am now even more determined to build a canoe yawl to this design some time in the future. 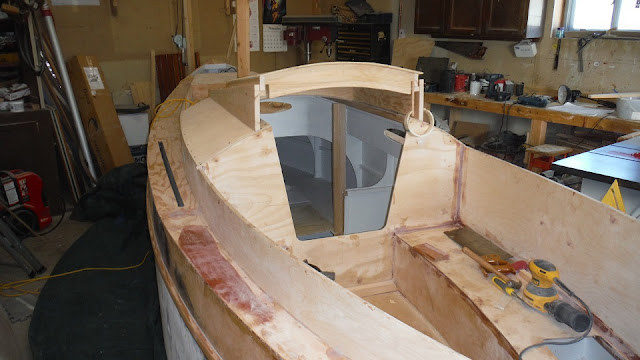 Al Stead is aiming to get this little gem of a canoe yawl in the water in the next few months. I will be keenly watching Als' progress as he completes what I strongly believe is going to be a very capable shoal draft sail boat. In my book, this is truly a design that dreams are made of - and because of the relatively simple construction method those dreams are very accessible.

I think this little boat is a very worthy descendant in the Canoe Yawl tradition begun all those years ago by Albert Strange, George Holmes and members of the Humber Yawl Club.


I eagerly await her maiden voyage and an assessment of her performance under sail! 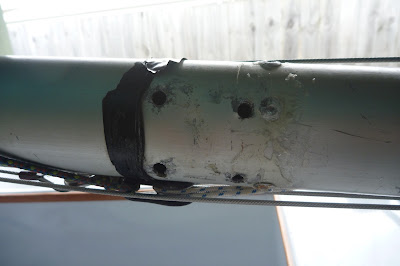 Rivet holes exposed after the goose neck fitting sheared off.

Last weekend I raced in the Onerahi Yacht Clubs two day, 8 race annual championships. There were 4 races on each of the two days. I came second in my division but not without incident. It blew very hard over the two days, these days being just before the downgraded Tropical Cyclone 'Hola' arrived. During the second to last race on day two, I gybed heavily and sheared the booms' goose neck off the mast. As you can see from the above photo the force of the gybe popped all rivets holding the goose neck to the mast. 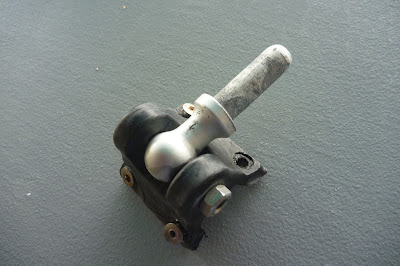 I continued racing although my speed to windward dropped as the boom lay on one side of the mast not unlike the boom of a lug sail rig. 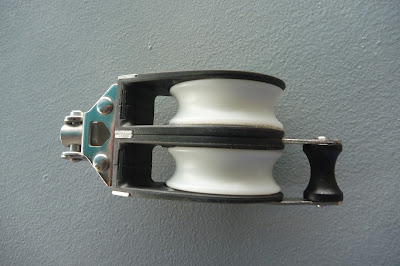 After the race when the goose neck failed and with one race to go I had the choice of either retiring from the racing or continuing and completing the last race. I chose the latter and tried to tie the goose neck back on the mast with a piece of cord. I succeeded in doing so but not before capsizing the boat while standing forward in the boat in a gale of a wind (first time I have capsized the Zephyr) ...... the boat went over and I went under with a big splash. Unfortunately the mast dug into the mud on the bottom and bent the wind vane which I had for the very first time attached it in its alternative position at the top of the mast. But despite everything I was able to right the boat and roughly tie the goose neck to the mast and complete the last race. 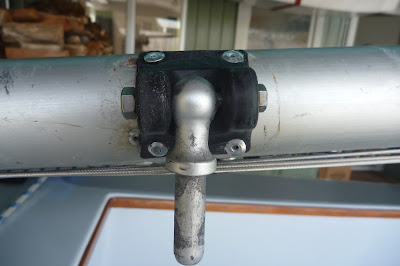 I have been able to re - rivet the goose neck back onto the mast, fix the becket on the main sheet pulley and was able to sail again yesterday in the regular Tuesday twilight series. All the gear worked well again and we are really not that much worse for wear.

The OYC champs and the Tuesday twilight race were both held in high winds and I am pleased with the improved speed to windward in heavy air I am achieving since setting up the boat according to the advice I gleaned from Andy Knowles while sailing in the NZ Champs at Worser Bay. The Zephyr is a technical boat, challenging to sail well, and as I have said before I have only scratched the the surface of what's possible. Only time will tell whether I am able to race the boat at the top of its potential performance - in the mean time I will be enjoying immensely finding out! 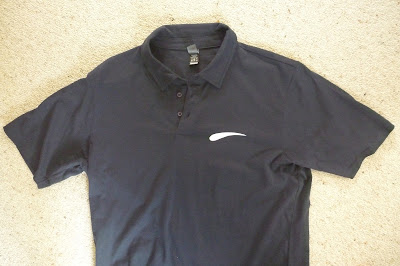 "Been there, done that, got the T shirt", is how the saying goes. I didn't ever think I would find myself getting caught up in this kind of 'hoop - la', but I am glad I did. It's a very nice (and useful) keep sake full of the wind blown memories of a hard contest in high winds on Worser Bay Wellington in 2018. 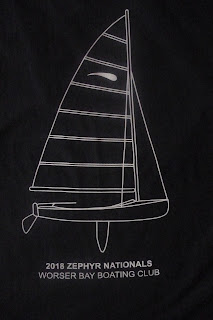 Nice Zephyr graphic on the back of the shirt.

Of course I courageously ordered an 'L' rather than an 'XL' size. But shipmates you know that hope springs eternal from the bosom of overweight dinghy sailors - but all is not lost. By the time I am race fit and down to weight for the Zephyr Nationals in Tauranga in 2019, this shirt will fit me like a glove and I will be as sleek, lithe and toned as a Whangarei racing sardine. 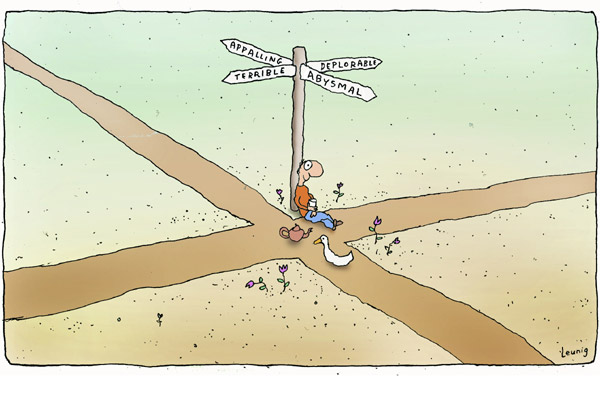 Yes! That's correct! If you look and think carefully about it ... these ARE the answers.

- Silence
- Meditation
- Beginning exactly where you are now.
- Having a resoundingly good cup of tea.
- Being kind to animals - give them a break - (Don't bloody well eat them if you can avoid it).

Do this and watch the flowers bloom around you.

Ben wrote: " Hi Alden, Finally after many years we could skate on natural ice again. See pictures with windmill and the “Koek en zopie. The latter meaning a stand for hot drinks and food. In a separate mail I will sent a clip of me skating made by my friend Gerrit. Cheers, Ben."

My friend Ben who lives in the Netherlands sent me this video and these photos. Ben and his friends skate for the first time in many years on the waterways around Tiel in the Netherlands. An ordinary winter scene like this in the Netherlands seems light years away from the normal daily life here in New Zealand. This writing is a Google Translate product - I hope it is grammatically correct. 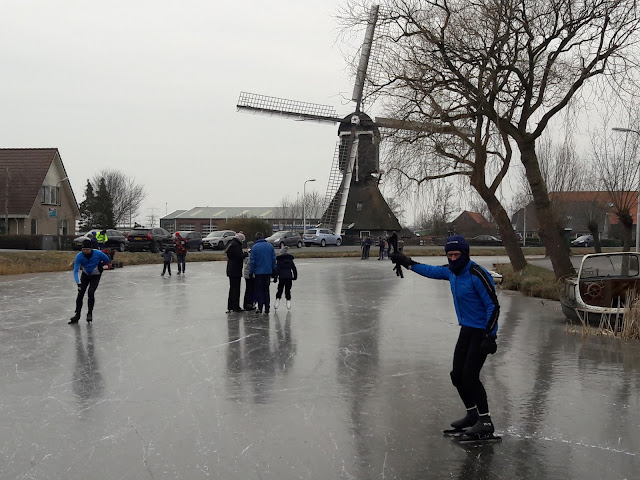 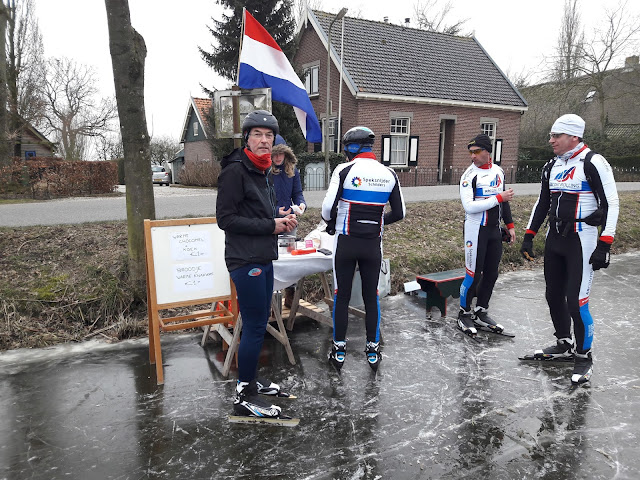