<<< THE FLOWERS IN OUR GARDEN SIMPLY SPEAK FOR THEMSELVES >>> 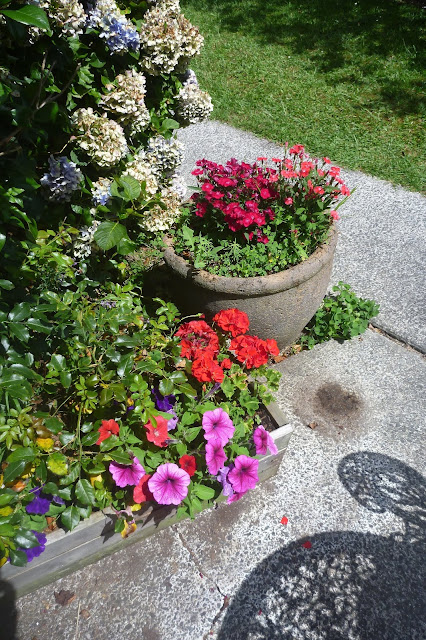 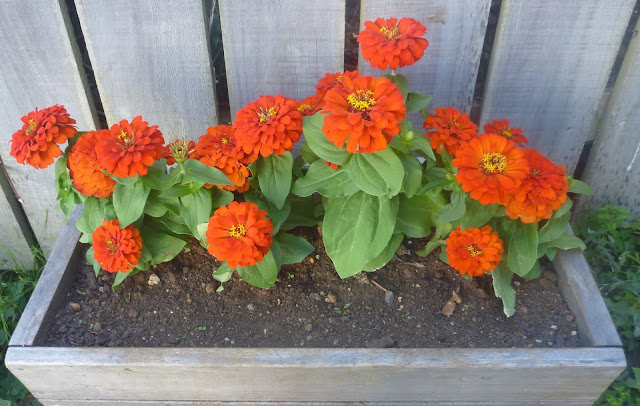 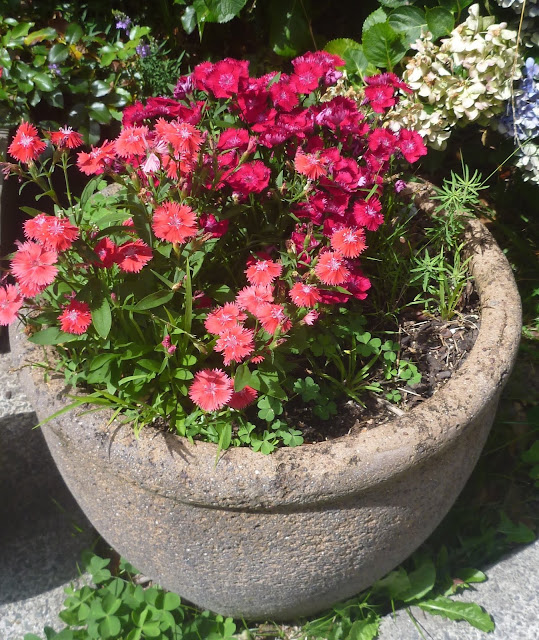 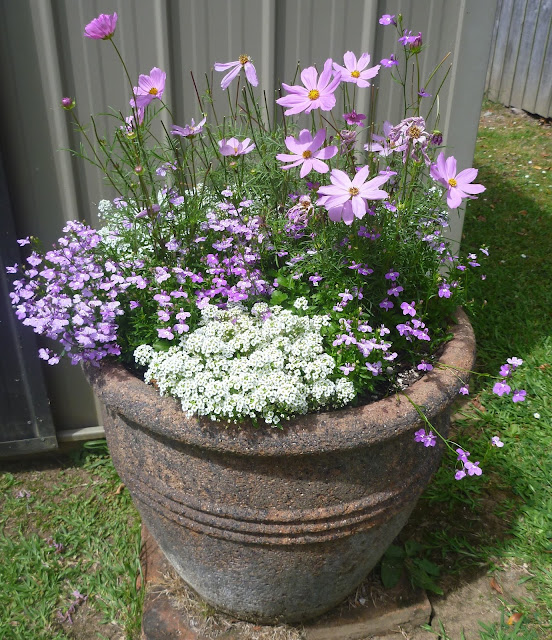 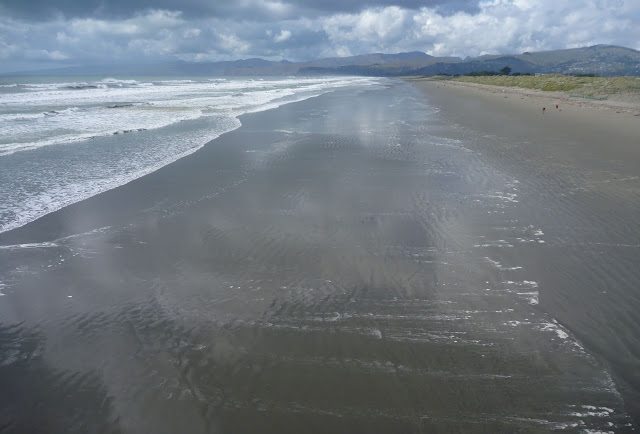 I recently shot this photo from the New Brighton Pier. Years ago I walked this part of the beach south of the pier many times. The most interesting walks were with my father. He would always make each of us a walking staff, trimming the ends of suitable long sturdy sticks with his large pocket knife. 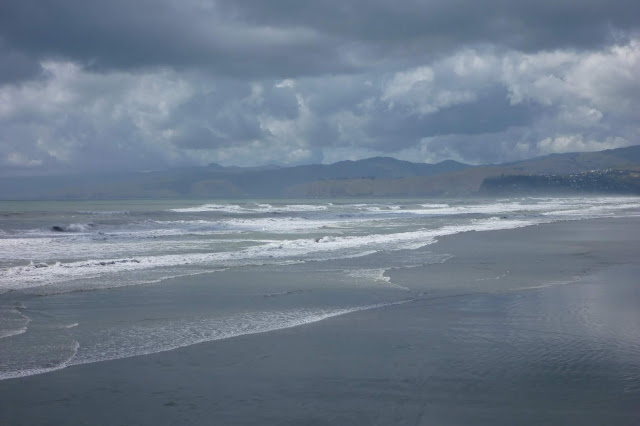 I took these photographs with my Panasonic Lumix point and shoot camera. Although not perfect by any means I am always impressed by the depth of field that this simple camera produces with its little Leica zoom lens. 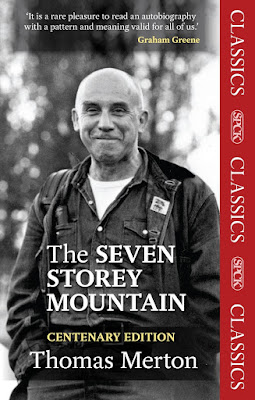 I have just finished reading Thomas Mertons autobiography The Seven Storey Mountain. It is the story of one mans search for truth. The stunning thing about this particular tale is that it is told with such timeless immediacy that the words reach out and make this a story of every mans / womans identifiable spiritual journey in terms of the asking of the perennial existential questions of existence. Thomas Mertons quest ends, begins and develops with life as a Trappist Monk and as a voluminous writer of some considerable talent. The exposition of what he found along the way is told with an impressive visceral honesty and clarity. The rawness and emphatic opinions of this book are balanced by his more evenly considered and tempered subsequent writings e.g No Man is an Island, which show that his chosen path bought him insight and wisdom. I can highly recommend both of these books.

" Love alone can teach us to penetrate the hidden goodness of the things we know. Knowledge without love never enters into the inner secrets of being. Only love can truly know God as he is, for God is love." - Thomas Merton. 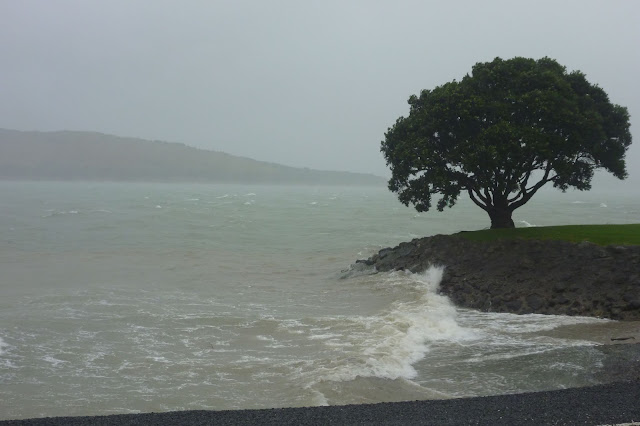 Let us look for secret things
somewhere in the world,
on the blue shore of silence,
or where the storm has passed
rampaging like a train.
There the faint signs are left,
coins of time and water,
debris, celestial ash
and the irreplaceable rapture
of sharing in the labour
of solitude in the sand. 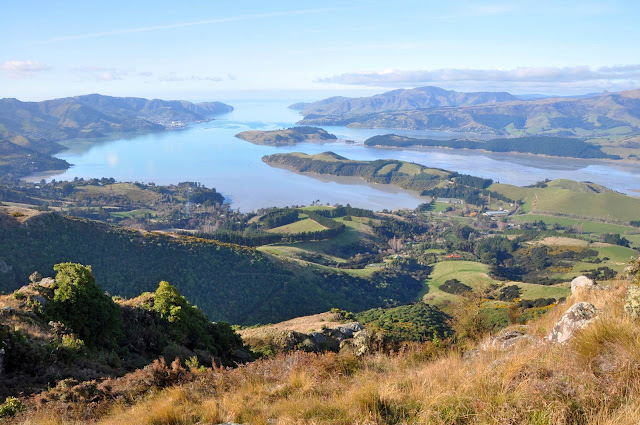 This is the exact opposite view to the one I was looking for of Lyttelton Harbour on Banks Peninsula. In fact the close foreground in this shot is the horizon of the desired photograph. The view I wanted to shoot is from a position on the left hand side of this photo close to the horizon on the left hand arm of the harbour. Hold that thought.

Many years ago when I lived on the flat Canterbury plains my mode of transport was by bicycle. The range of my meanderings were wide and formidable (for the legs of a child). One of my favourite journeys was from our home close to New Brighton, around the estuary to Sumner and up the exhausting ride to Evans Pass. Nothing could be seen of the harbour until the very top of the ride. Then the panoramic view would suddenly explode into view. That view is majestic and I would sit on my bike and stare and stare for a long time, drinking in the fabulous view and looking out keenly for the sign of a sail.

Each time over the years when I have driven to this spot I am seized by the need to linger for a long, long time to survey the view and slake my memories of old experiences - like an eagle returning to a familiar nest high on the tops somewhere. 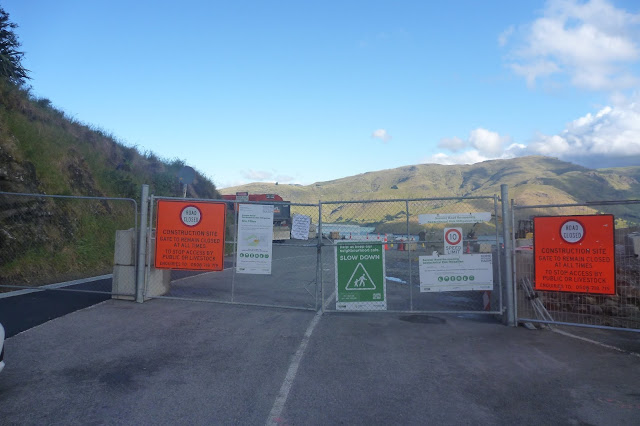 A month or so ago Christine and I returned to Christchurch for my Auntys 100th birthday and while staying in Sumner I felt a compulsion to drive the few kilometers up to Evans Pass to take in the view. We had already spent time staying in Akaroa and ranging widely around the beautiful bays and roads of the Peninsula. A last trip to Evans Pass would be a nice way of putting the cork back in the bottle before flying back north.

But I was not rewarded for my effort. At the top of the pass was a large fence with signs warning of grim death on the other side of the fence from both the terrain and council bylaws. Of course I took all this as any New Brighton bred boy does with a grain of salt and tried to squeeze through the locked gate and even eyed the possibility of climbing over the fence. But common sense and late middle aged rotundness sorted out that idea. 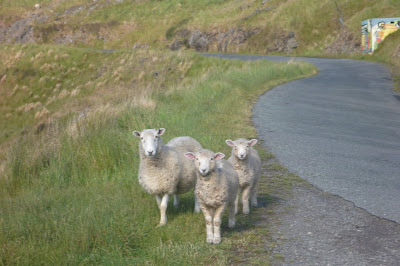 So I parked the car and took a walk to look back down on Sumner from where I had come. While doing so these little friends came and looked at me sheepishly. I am sure they had a look of sympathy on their little faces. Not a word was said. Not a baa uttered. They knew that sometimes its best not to say anything as they communed with me in my disappointment.

This video (above) shows the reason why the road was closed. It has been this way since the devastating Christchurch earthquakes a few years ago. If you view the video you can get a sense of the scale and beauty of the harbour that draws me back from time to time.

One positive note is that when I peered through the fence at the top of Evans Pass at the car park area I could see that a lot of repair work was being completed. Although I don't think the road from Evans Pass to the port of Lyttleton will be opened any time soon, hopefully access to the car park and the wonderful view will be available next time we visit.

Does size matter? Considering the amazing complexity of life that exists on our planet, small may well be the key to the evolution of life. Small, relatively speaking certainly works for Planet Earth. A concentration and distillation of cosmic stardust has created something beautiful on our planet for our human consciousness to contemplate. Lets look after it. 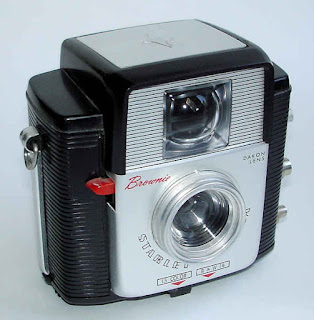 When I was about 12 years old Santa gave me a brand spanking new Brownie Starlet Camera. It arrived in a very bright yellow little box complete with an instruction manual. The only bit of kit that later eclipsed this object for value and use in my eyes was the purchase of my first 7 foot yacht. 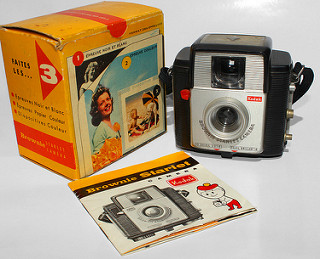 I remember the moment of unwrapping that little camera so well. It was something that I had explicitly asked Santa for. I remember examining carefully the glistening little body of the camera with its vivid red shutter button and reading carefully the instruction manual. I always put the camera carefully back in its little yellow box after use. The camera took 125 film with 12 shoots on each roll of film. I still have many of the little black and white images that I shot with this simple little camera. I learned a great deal about photography over the many years I used this simple little device. Unfortunately this first camera has disappeared, I think I threw it out when it finally stopped working. The three subsequent cameras I have purchased all still work and remain in my possession. 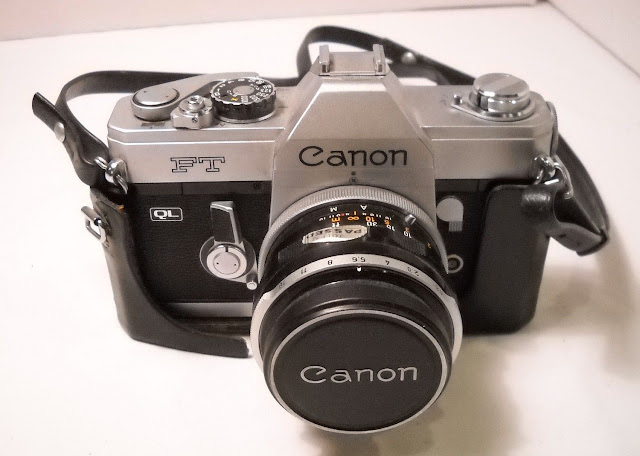 The second camera I owned was when I purchased this beautiful Canon FT-QL 35mm SLR camera in my late teens. I was able to buy it duty free on my first trip overseas when I sailed into the Pacific on my first blue water sailing experience. I would buy a roll of 400 ASA 35mm 36 shot colour, or black and white film / slides to shoot my photos on. The camera had a standard 50mm lens which was quite adequate for the level of photography that I was involved in, although I could have done with a wide angle lens for shooting on board when sailing. 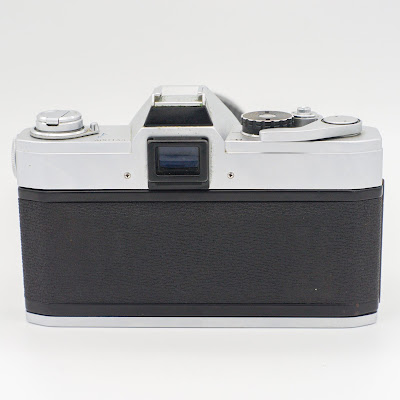 The back of the old Canon is a lot different from modern cameras with their ubiquitous LCD screens. 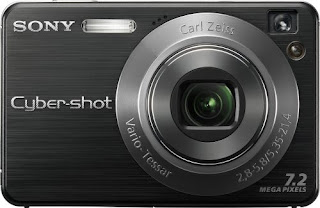 I went through a long period of not taking any photographs. Then the digital age launched itself like a tsunami upon our culture and it was all PCs, laptops followed by tablets and cellphones. I purchased this, the first of my 'point and shoot' cameras when we were off overseas for a holiday. It seemed like a good choice at the time being small and light weight - a great little camera for taking holiday shots that make others yawn and look at their watches when you ask "would you like to see my holiday snaps?". 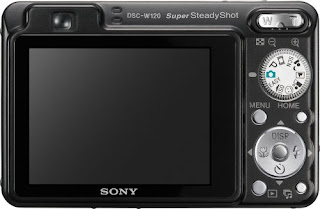 I remember in these early days of the digital revolution hearing a lot of talk about the coming "convergence" which has indeed come to pass. A modern smart phone is also a camera (stills and video), internet browser and GPS. It wouldn't surprise me in the slightest if soon there will be a phone that also makes soup and mows the lawn. 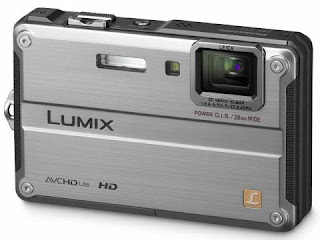 This Lumix camera was the second of my 'point and shoot' camera purchases. I bought it because I required something waterproof for sailing photography, especially when the spray started flying.

According to the promotional blurbs this Panasonic camera is supposed to be water proof to 32 feet. But according to a number of reviews it is nothing of the sort and also has problems with corrosion, rubber seals and the misting up of the lens when these claims are put to the test. 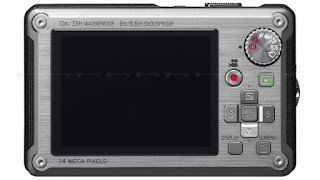 But for my purposes it still remains a good little camera. I don't dive or swim with the camera. When I return from a day on the water I simply run it under fresh water to wash the salt off. To date I have had no problems.

I am now in the market for a new camera. Something along the lines of my old Canon FT-QL where I was able to control the shutter speed, ASA rating, depth of field etc. Modern cameras have a bucket load of controls that allow the photographer to use the camera in a dimension other than simply the narrative recording of passing events - this other use is something I would like to explore.

So the camera will probably be a compact mirrorless 35mm digital single lens camera - perhaps a full frame camera (which keeps the image size equivalence with my old Canon FT-QL), but only if the full frame camera is of a compact size. I would also like to have a few different lens, perhaps starting with a standard lens (50mm) and a wide angle lens - then adding other lens as required along the way.

Of course the perfect camera is similar to the perfect anything, that is, a contradiction in terms, but life is full of oxymorons.


Any recommendations and discussion is welcomed.