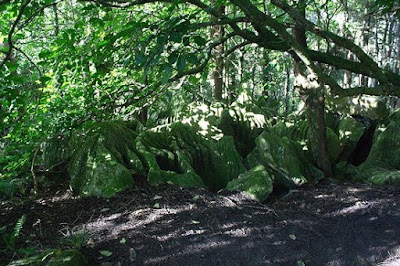 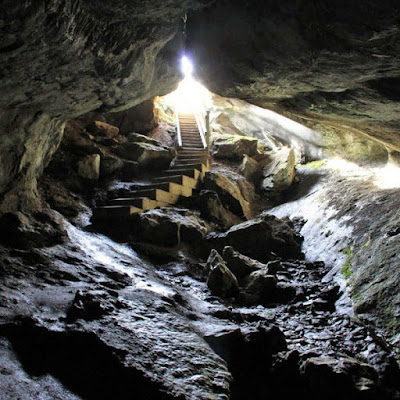 Socrates said,  “The children now love luxury. They have bad manners, contempt for authority; they show disrespect for elders and love chatter in place of exercise.”

When it comes to the continual put down of young people this quote shows that not much has changed since 399 BCE. As a teacher of over forty years my experience has for the vast majority of times been the complete opposite to Socrates. For the minority of times where authority and the wisdom of the status quo is challenged I have always seen this as healthy and normal, part of the rhythm and renewal of things. It was something I did myself when I was young. As for bad manners and disrespect, of course young people indulge in this sort of behaviour - so do adults, we aren't that much different in that regard. Anyway here's a little story about thoughtfulness and good manners that I experienced recently.

Last week as I walked into the lounge I met Jorit a young German tourist who was tapping on the window. Jorit had just visited Abbey Caves, a tourist destination not far from our house. He had hitch hiked to the caves in a silver Toyota driven by someone who lived in the area who looked about 70 years of age and had spent 7 years living in the Jersey Islands - this being the sum total of information he had gleaned. Jorit had lost his cellphone and thought he probably lost it in the elderly gentlemans car. Jorit wanted to know if I knew this man. I didn't, but I gave Jorit some simple logical advice that anyone else in the situation would have given, showed some interest in his travels around New Zealand, wrote down his email address, wished him luck in his search and sent him on his way.

The next day I found this on the doorstep: 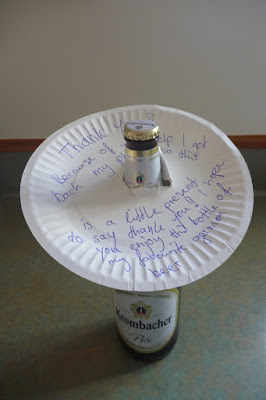 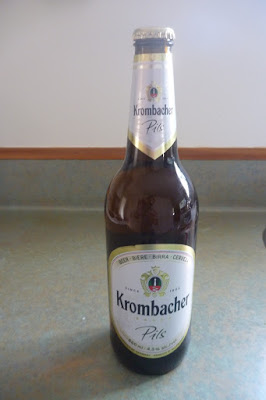 "Thank you! Because of your help I got back my phone, so this is a little present to say thank you! I hope you enjoy this bottle of my favourite German beer."

Jorit must have gone to some trouble to deliver this to my door, considering he had to hitch hike to Abbey Caves.

I emailed Jorit and thanked him for his thoughtfulness. So Socrates you miserable old curmudgeon, don't ever tell me that all young people have bad manners and show disrespect for their elders; generalizations are the great mistakes of philosophical argument.

..... and by the way, the German Beer was absolutely great!

Great that both the beer and the young man were refreshing. I could make some generalizations about certain adult American politicians but the obvious is best left unsaid...

Yes George, that's a good way of putting it - they WERE both refreshing.

As to certain American politicians.... what can I say? the world actually waits with baited breathe as the outcome has implications for us all. Let's hope common sense and sober judgements prevail. There are obviously deep resentments and huge issues that require systemic change and a new collective vision - let's hope it happens peacefully.

Brilliant - kind of reinforces your view that the vast majority of people really are very nice - it's only a few knobs that spoil it for everyone else!

I agree Steve. My experience is that the vast majority of people are pretty decent and of good will.

This is such a wonderful story! I really enjoyed reading it. It is funny as you get older... I sometimes catch myself thinking how rude some of the 'young people' are these days, but then I remember I was just the same! I actually gives me comfort thinking that Socrates said that all those years ago, because it just shows one of the many stages in life that we go through as humans and that nothing has changed in thousands of years!! I do think most people have a good heart at the end of the day! Good on Jorit for keeping the spirit of kindness alive! I really like that photos of the beer. :)

Charlotte, you are Absolutely Correct.... the stages of life. Being young, brash, out spoken etc is about .... being young, about exploring the world, about finding yourself and the path life has for you. With youth also SOMETIMES comes inexperience and SOMETIMES a lack of nuance and sensibility, but that all comes with the territory ... and older people should also remember they were once young themselves .. I remember it well, my knees and ankles tell me it was about 150 years ago : > )