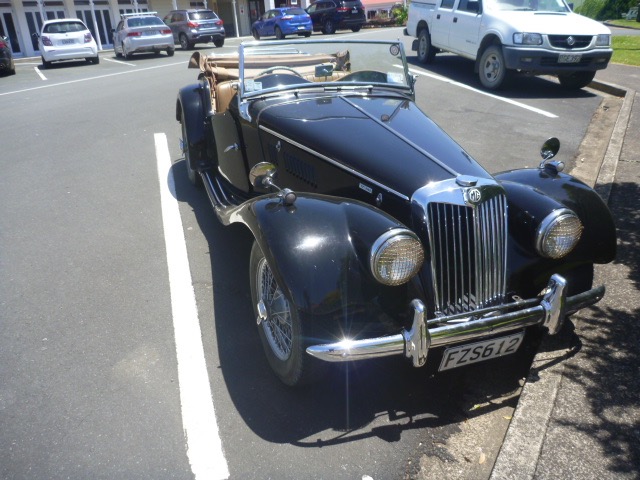 Last November I took these photographs for my Zephyr sailor mate Don here in Northland NZ outside the Matakohe museum. Don once did own an MG sports car and belonged to the local MG club in Christchurch. It was through this interest that he met his future wife who also owned one of these classic cars. 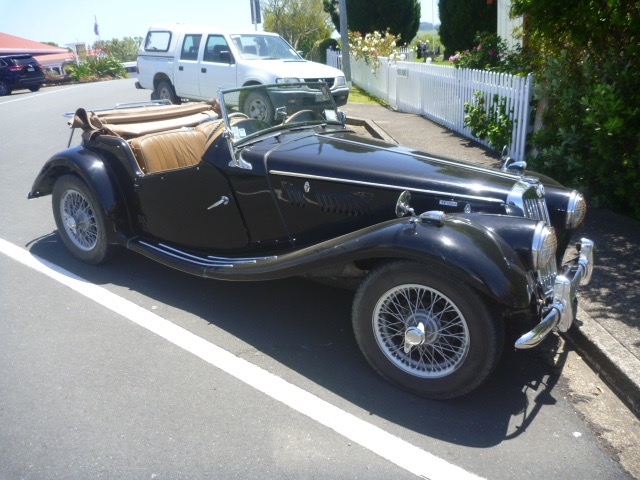 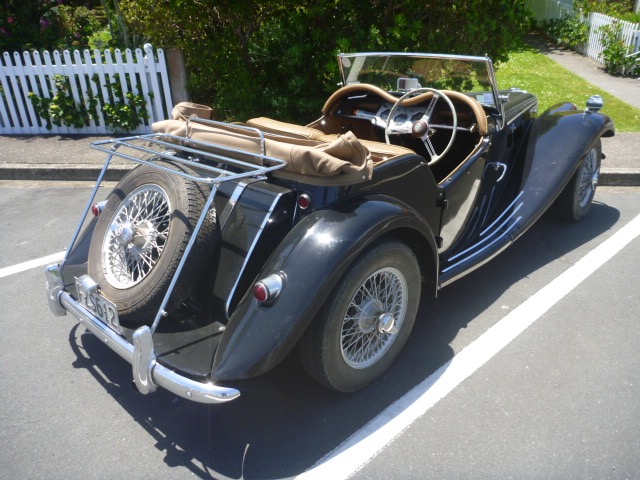 I answered an advertisement for a sky blue MG in 1970, the same model as the one in these photographs. "How much do you want for it?" I asked; "Fifteen hundred" came the reply. 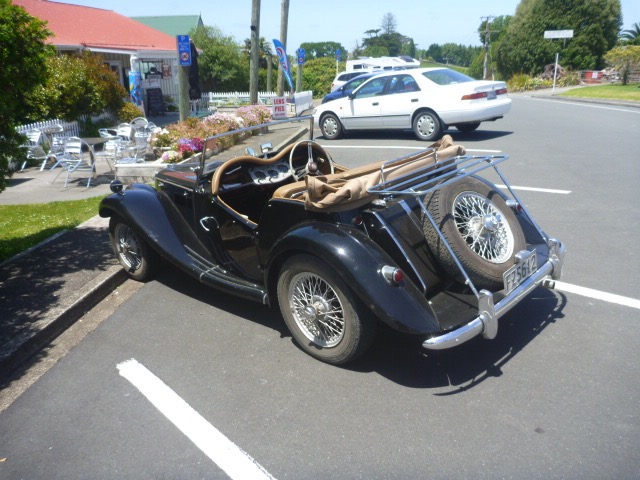 New Zealand changed to decimal currency in 1967, but it took a lot of people some time to convert their thinking completely to the new regime. At that time One New Zealand pound was worth Two New Zealand dollars. So the price of fifteen hundred pounds was in the newish decimal currency a cool $3000 - twice what I thought the asking price was and completely out of my price range. I was of course very disappointed and have always cast a wistful look in the direction of these adorable machines - sigh.

Ah, the MG TF. The last of the square cut MGs. I too longed after one of these but settled for several down at the heels MGAs (purchased for a few hundred dollars, enjoyed and then flipped for a break even (at best) price.

Well you did better than me George - in the end I settled for a Triumph Tiger Cub 200 motorbike that put me in hospital (or rather I put myself) and a lifetime of 'sensible' family sedans - But I've made up for all of that with various boats which suits the speed level of my brain - when I fall off I only hit water, not tarseal.

Hope you and yours are ok and keeping safe during this troubling time.