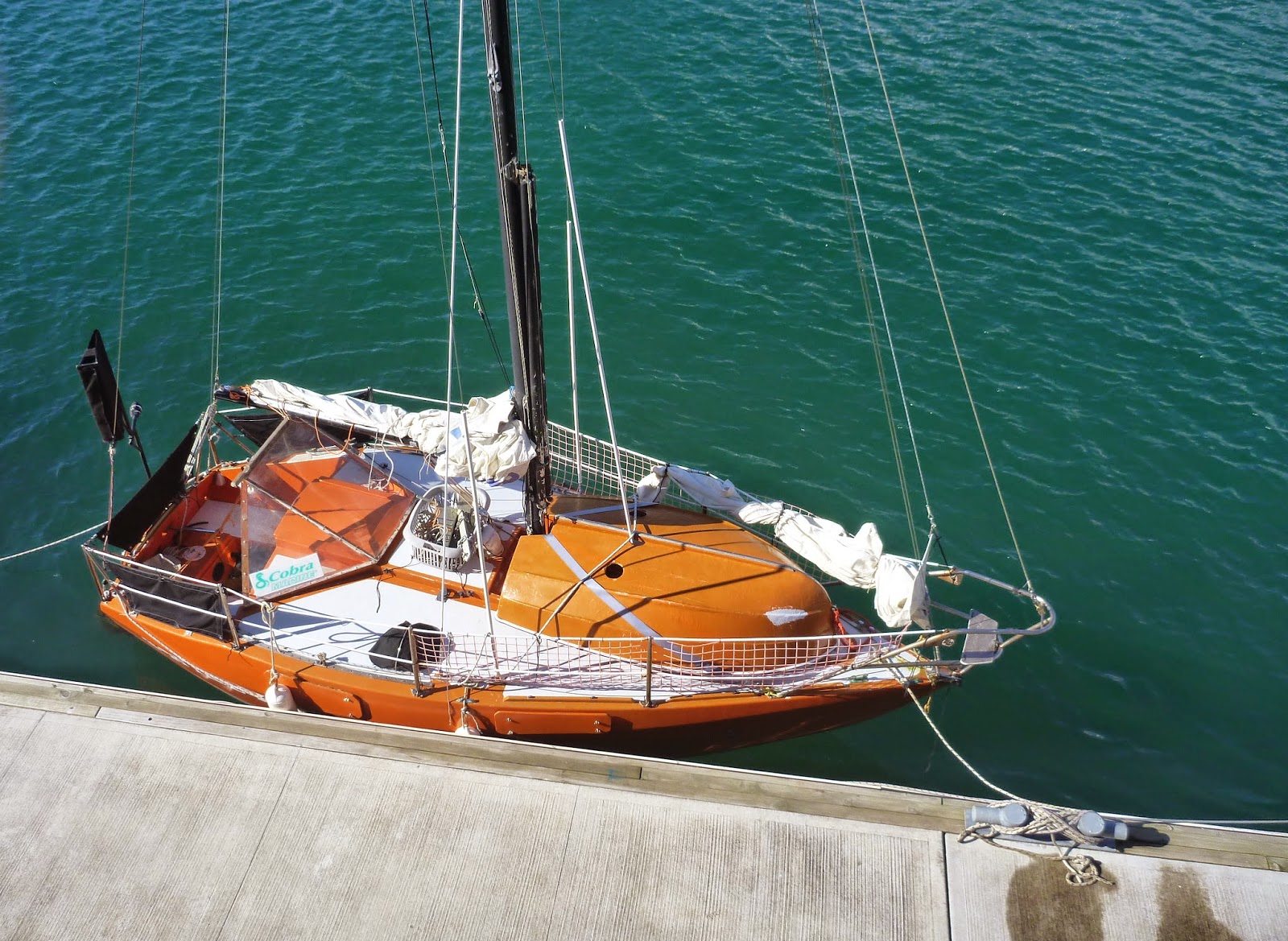 This is the small 5.2 metre / 17 foot plywood sloop Swirley World In Perpetuity. She is owned by a colourful character, Kiwi musician (Band 'Mockers') and radio personality Andrew Fagan. He has written two books about voyaging in this diminutive boat. 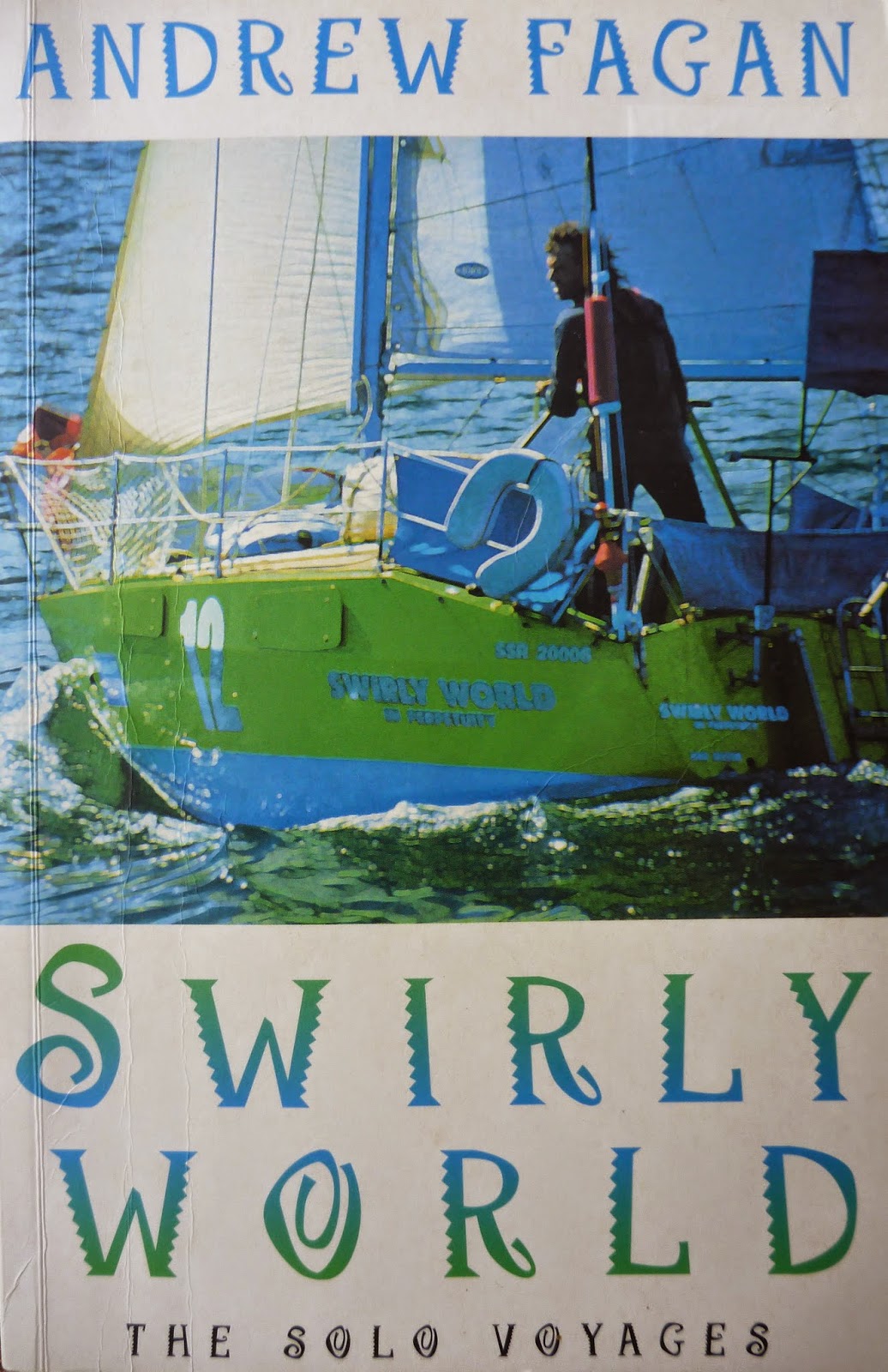 In his first book Swirly World - The Solo Voyages Andrew Fagan tells of four voyages. The first in 1987 to Sunday (Raul) Island about 650 nautical miles northeast of New Zealand. The second and third voyages to and  from Auckland to Wellington down the North Islands west coast, and the fourth voyage (1994) as a participant in the Trans Tasman Solo Yacht Race from New Plymouth to Mooloolaba in Australia. 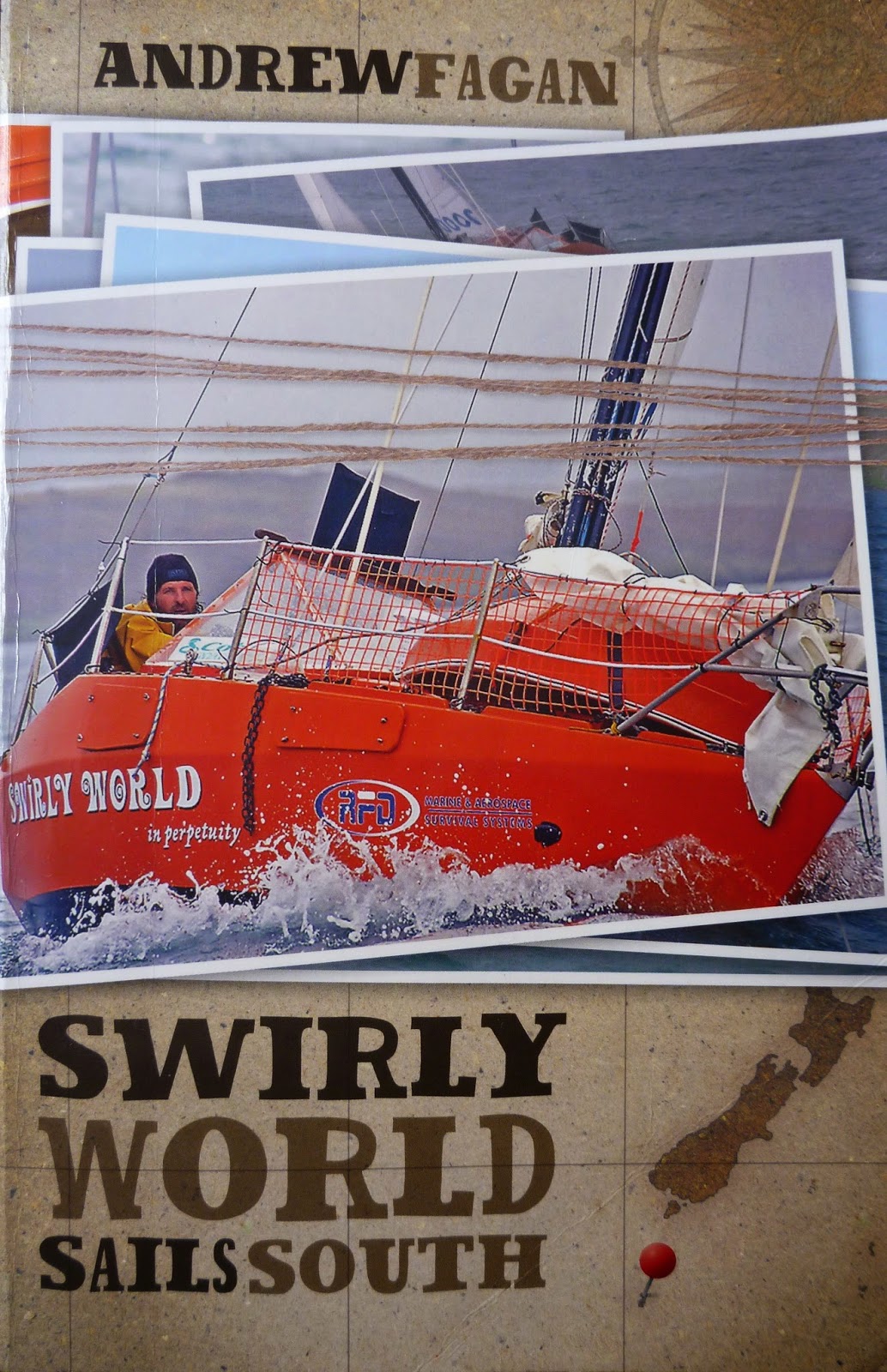 In his second book Swirly World Sails South, Andrew Fagan writes about his ambitious and successful circumnavigation of New Zealand which includes a detour deep into the stormy Southern Ocean to visit the sub Antarctic Auckland Islands. In all a trip of over 3000 miles (around 5000 km) - all this, including a force 10 storm along the way. 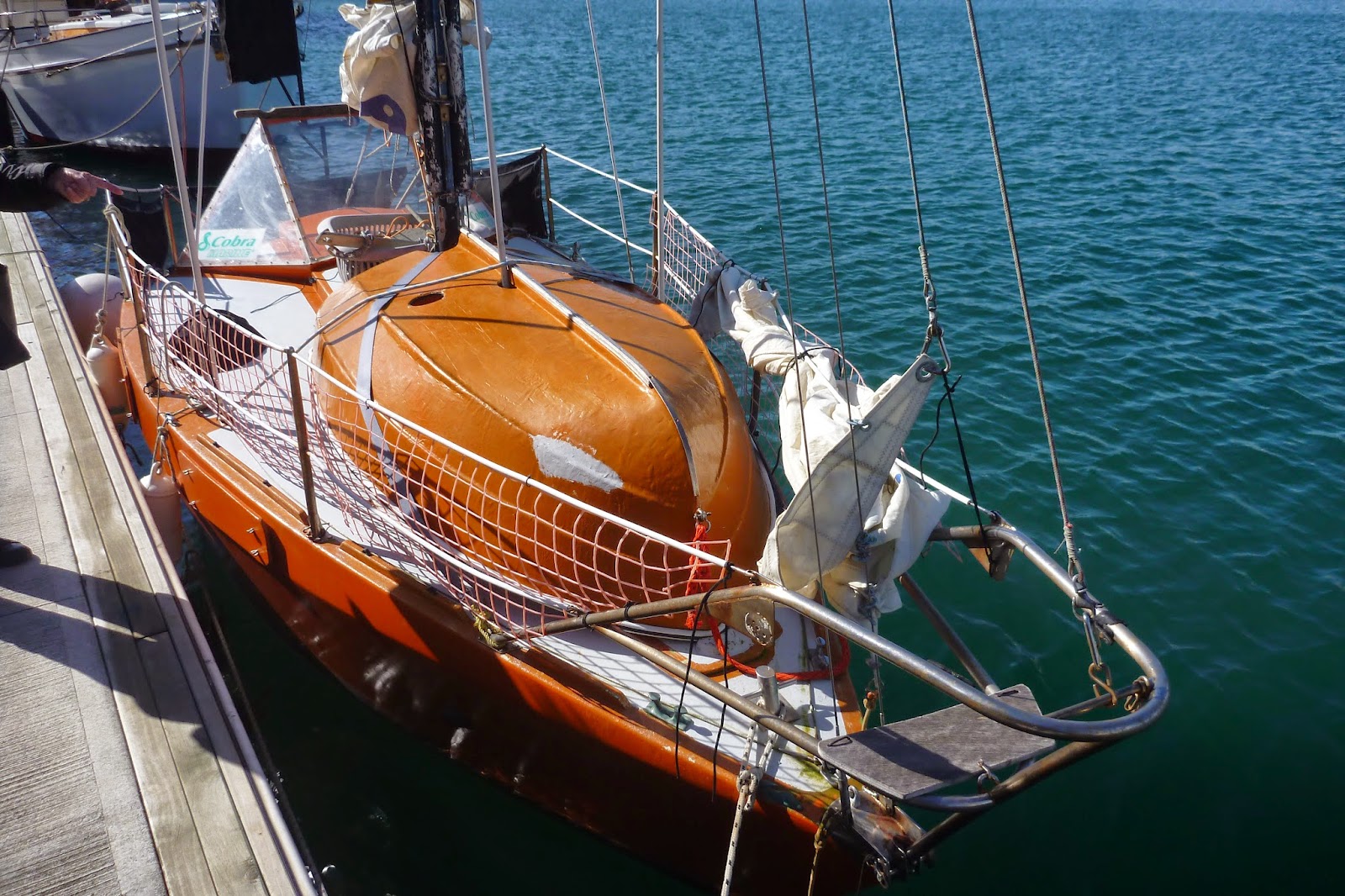 Considering the fact that I had read both of Andrew Fagans books it was with a smile of pleasure that I spied his little boat when I went to Auckland recently to see the relaunching of the old Ngataki (Moored in the above photo behind Swirly World).

This photograph (immediately above) is interesting, and a bit of a mystery. If you look carefully you can see that the yachts inner forestay pierces the bottom of the little orange dinghy. Also to the left of the inner fore stay there is a circular hole in the bottom of the dinghy.

The logical answer is that you put your hand through the  big hole to release the shackle or whatever device is holding the inner fore stay. Of course launching the dinghy and plugging up two holes in the bottom in the event of an emergency could be problematic.

One solution would be to do away with the inner fore stay and add some forward lowers on both sides of the boat in front of the cap shrouds or have two inner fore stays each which are fastened well out towards the sheer of the boat so as to accommodate the dinghy. This arrangement would certainly assist an emergency dinghy launching.

Andrew Fagan writes with an interesting and amusing writing style as he describes the trials of "sail changing in high seas and howling gales, sea sickness, soggy food and saltwater madness". He finds unique satisfaction, even ecstasy, in being alone on the ocean, testing his mental and physical mettle against the elements - great stuff!