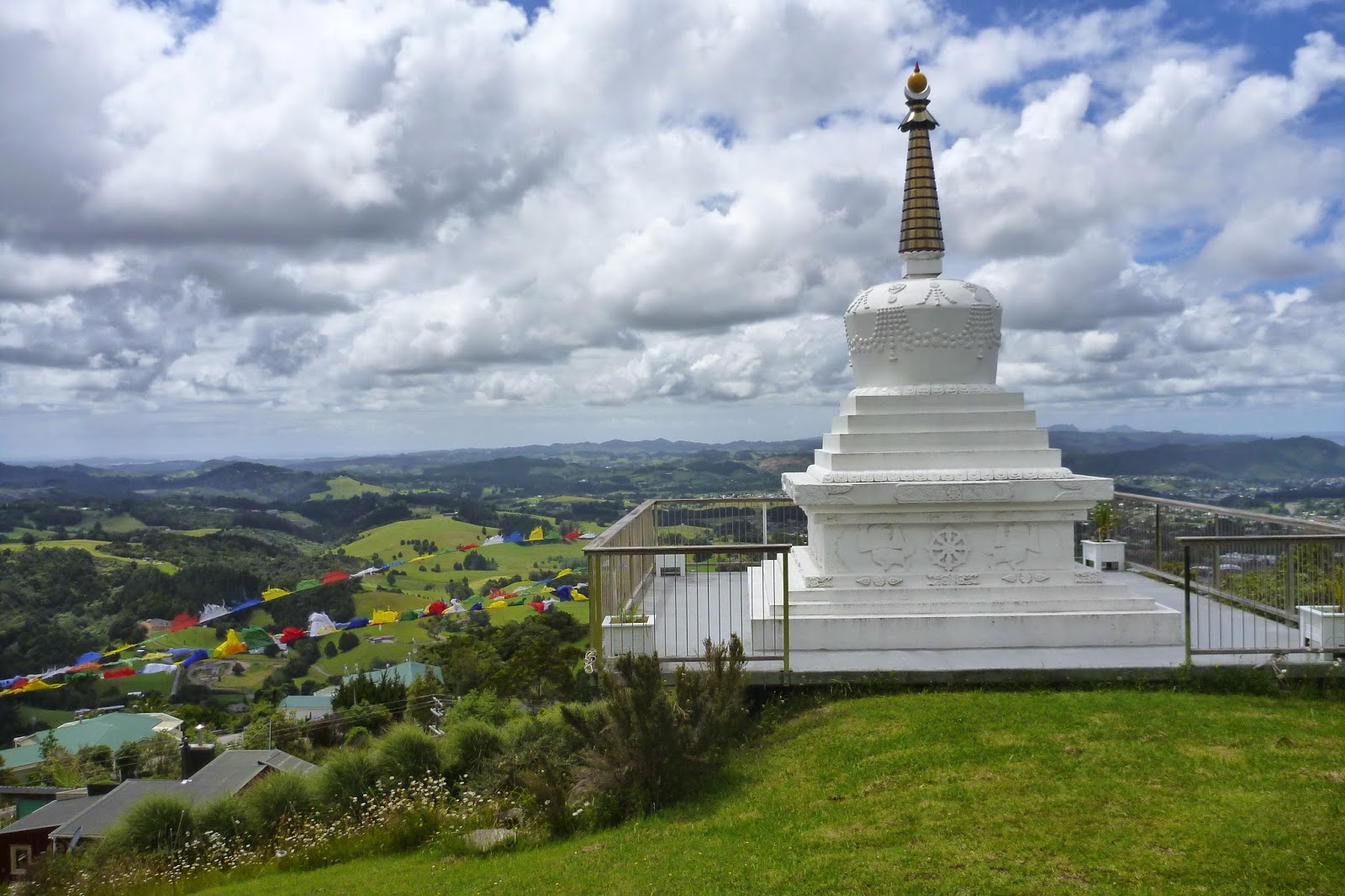 JAM TSE DHARGYEY LING means -
"Tibetan Buddhist Centre of Love and Compassion"
This Buddhist centre is on Mount Parikiore which is just north of Whangarei. A few days ago I took a drive up there and paid a visit. In the photograph (above) is the 'Stupa. Stupas are the focus of prayer and pilgrimage. A Stupa represents Buddha's holy mind. 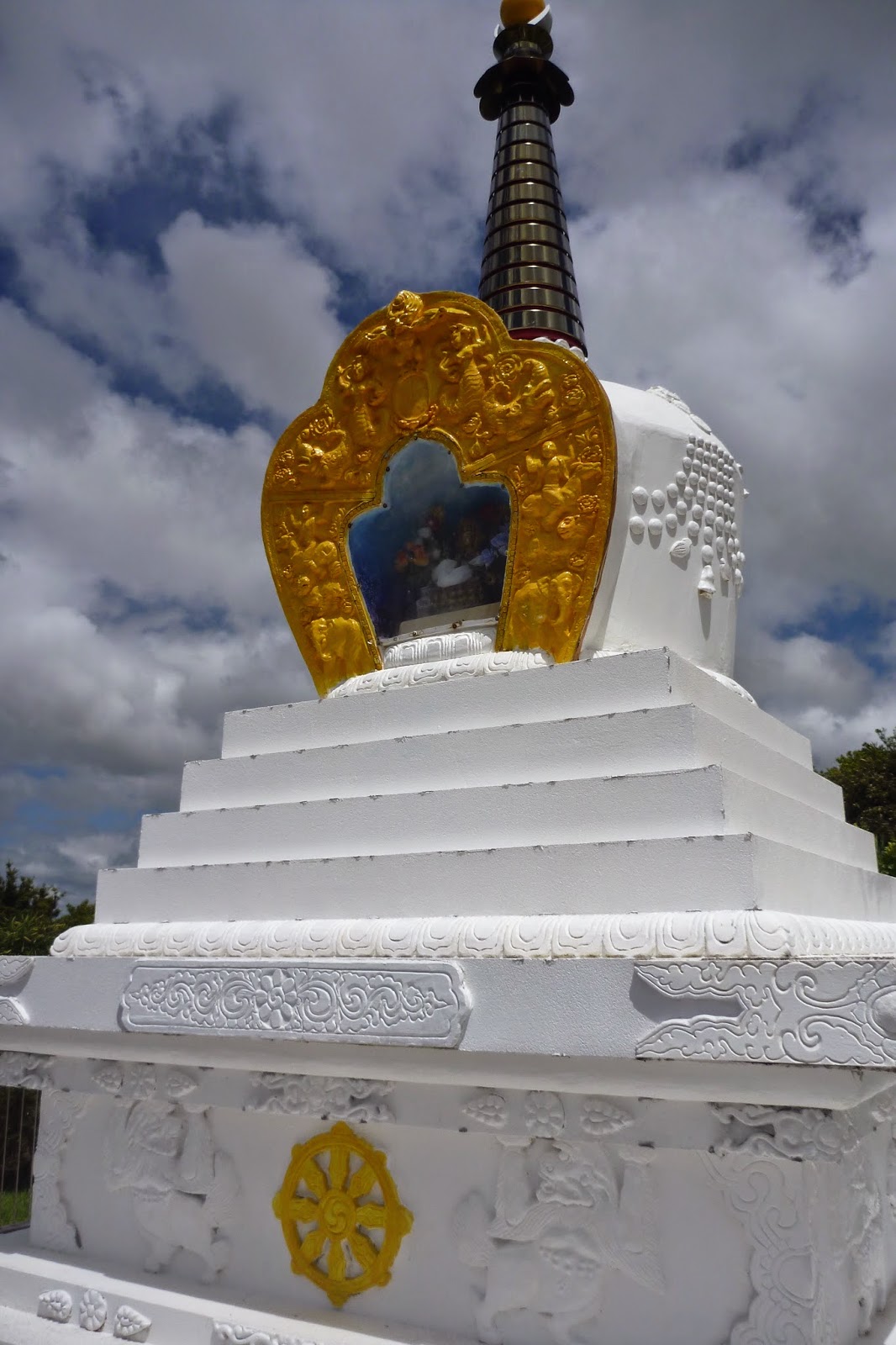 Jam Tse Dhargyey is extremely fortunate to be the home of a resident spiritual teacher. The Ven Geshe Sangey Thinley (Geshe-La) is originally from Tibet, from where he escaped in 1959 to India where he assisted in the development of Sera Je Monastry in Southern India. 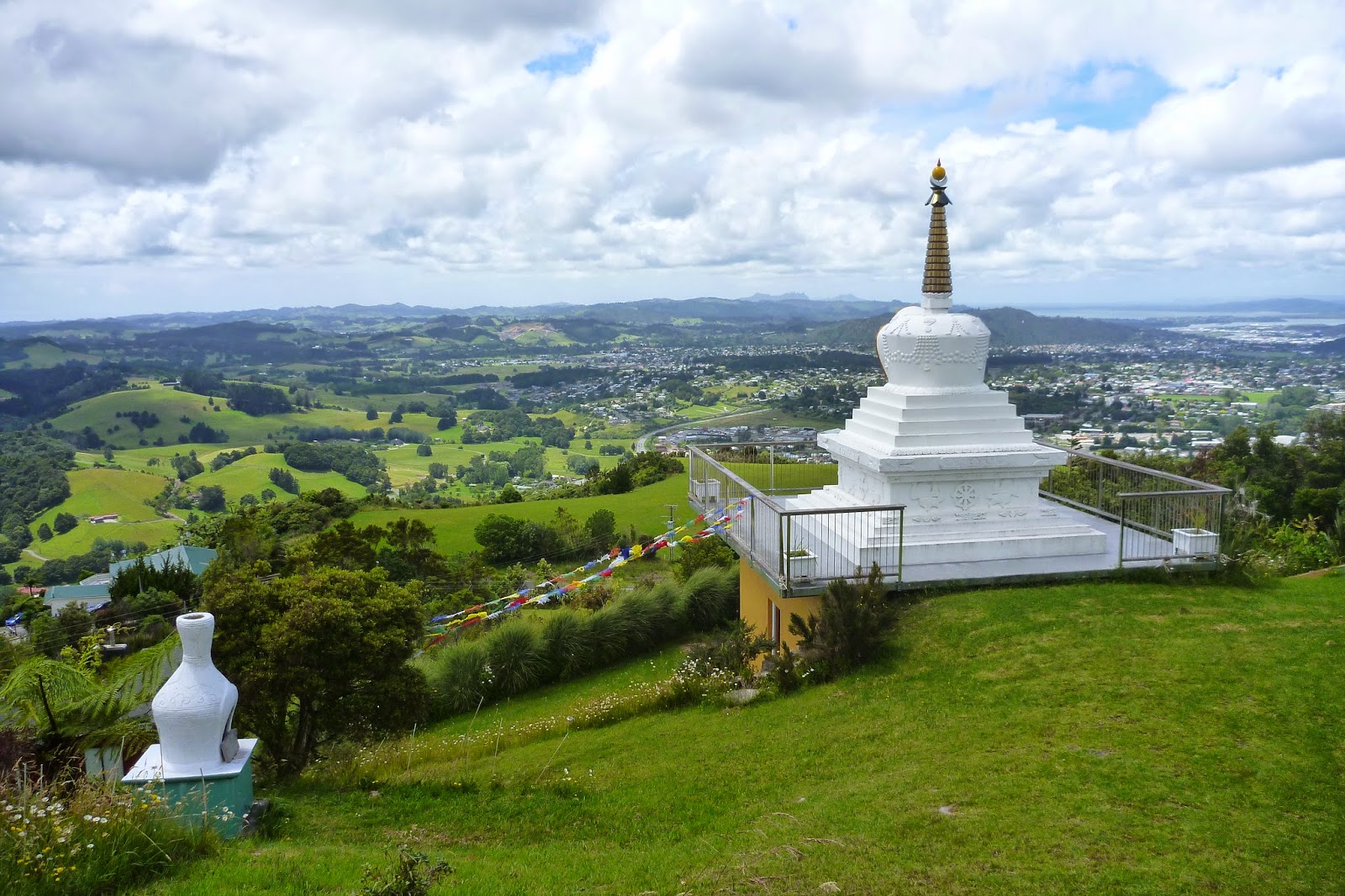 I am not sure what the structure to the left of the Stupa is. I thought at first that it was some sort of Pizza oven LOL as it is obviously somewhere where a fire is lit. Its probably
an enclosed fire to be used for ceremonial purposes. 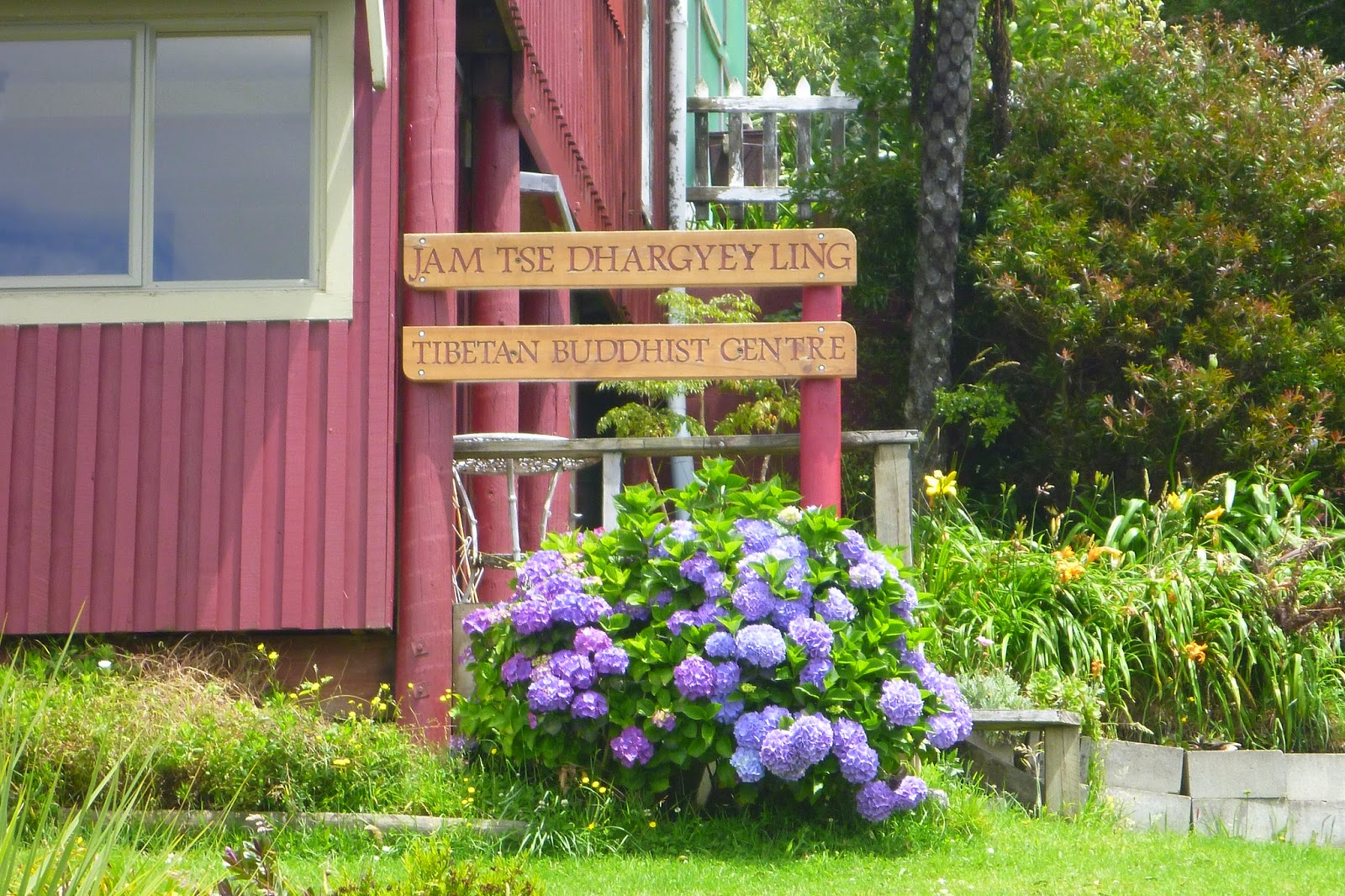 The main entrance to the Tibetan Buddhist centre. 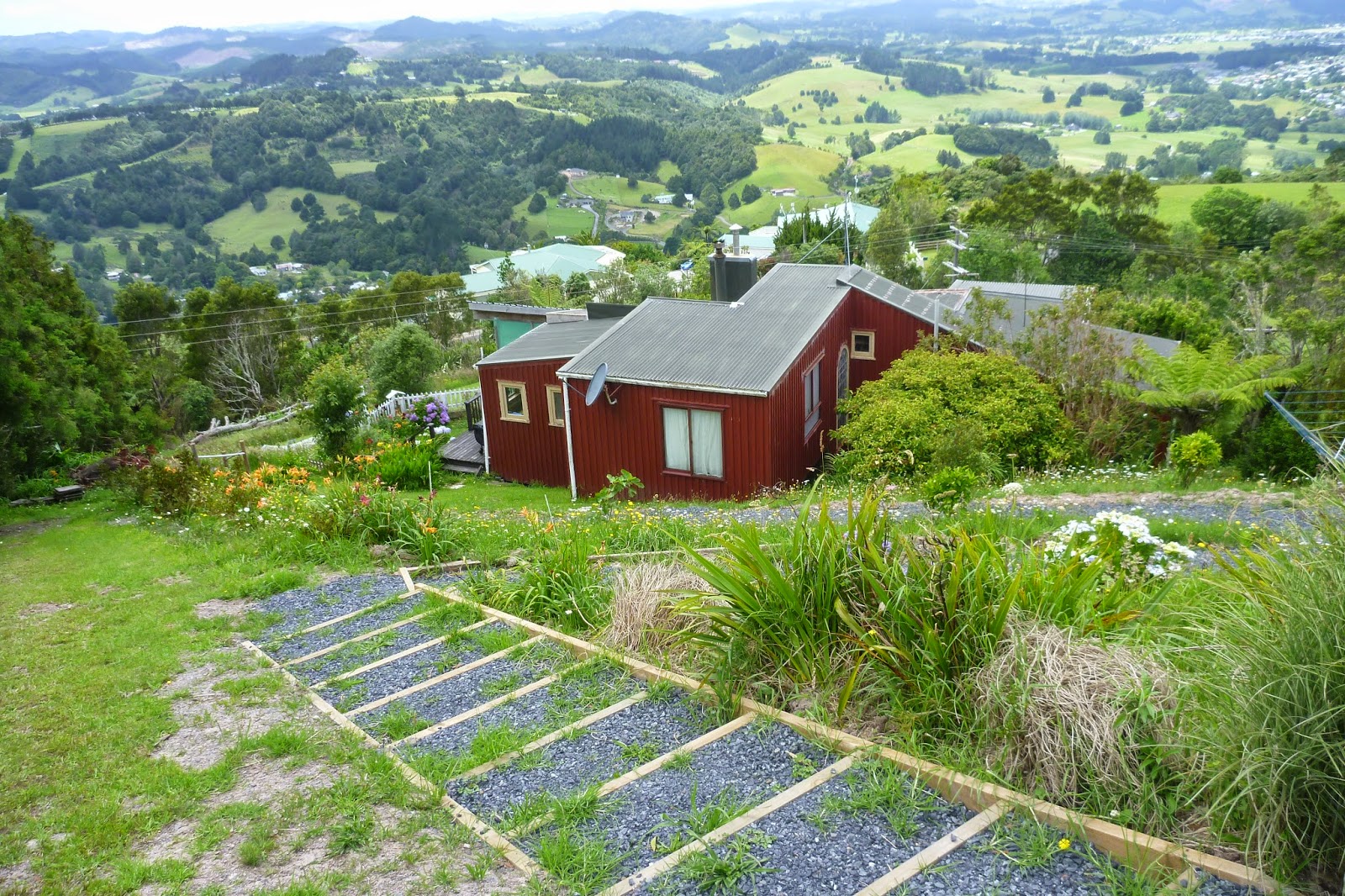 A view of the centre from the Stupa. 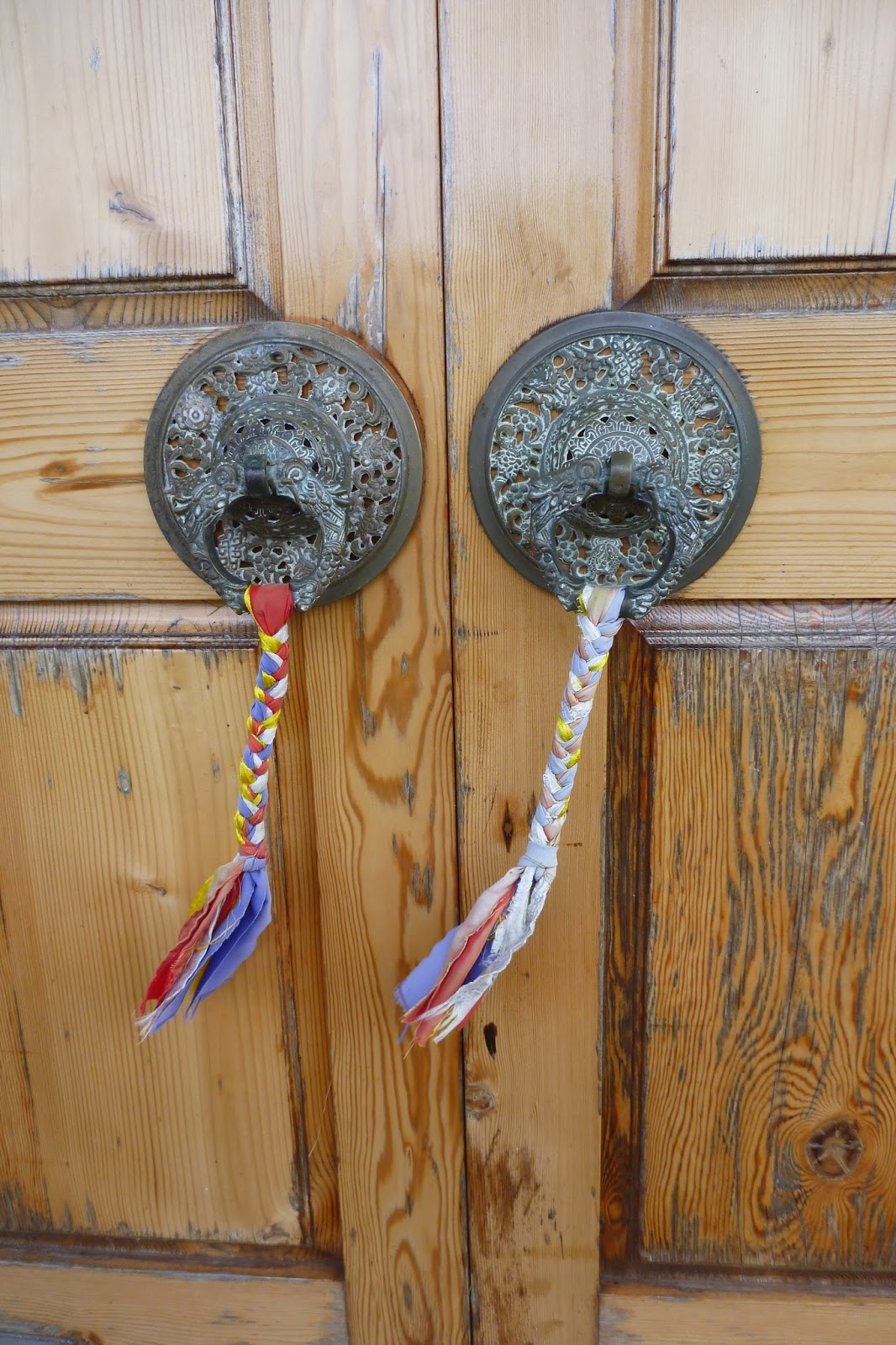 Detail on a door that is the entrance to a room within the base of the Stupa. 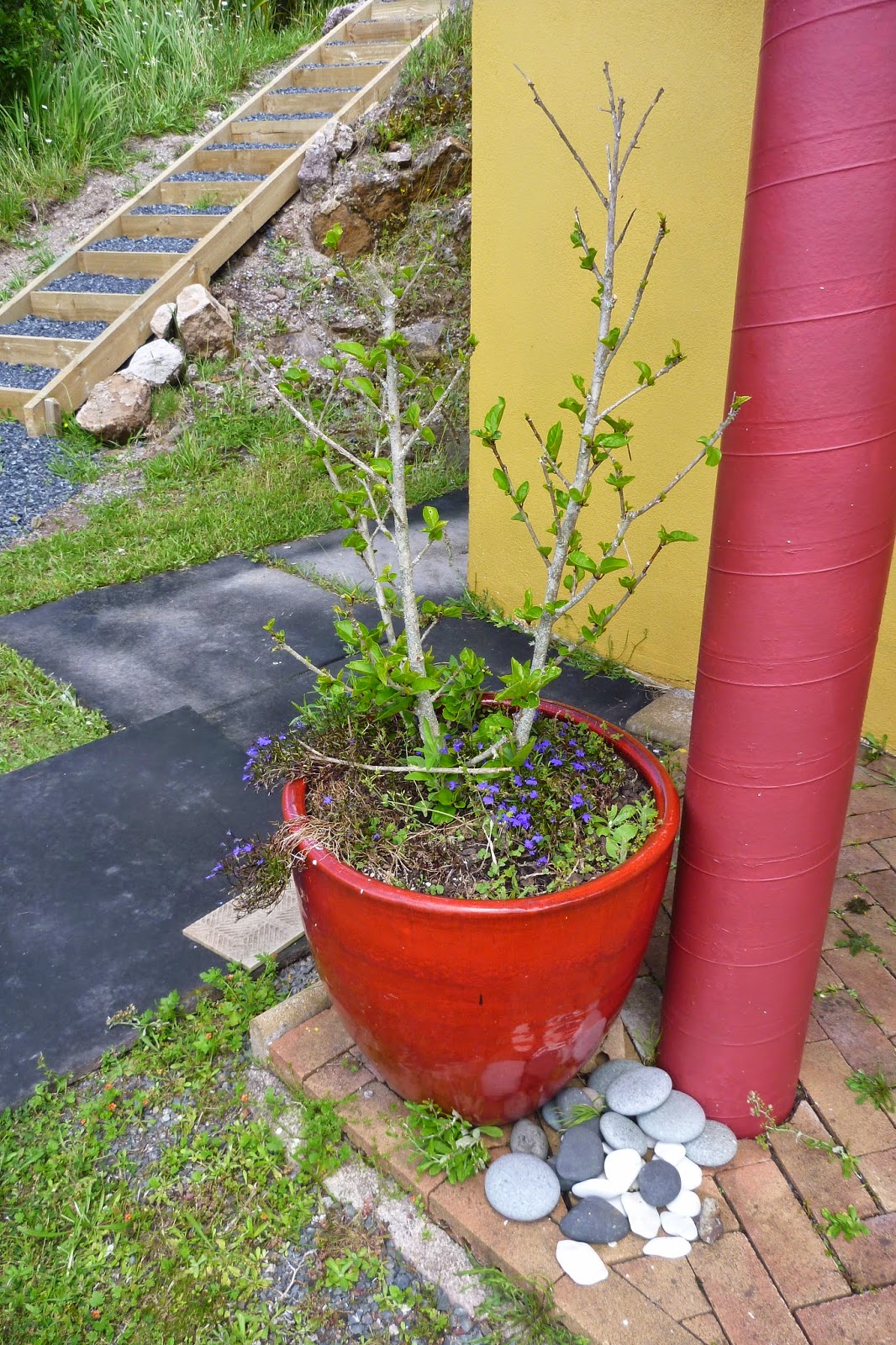 Entrance to the Stupa base room. 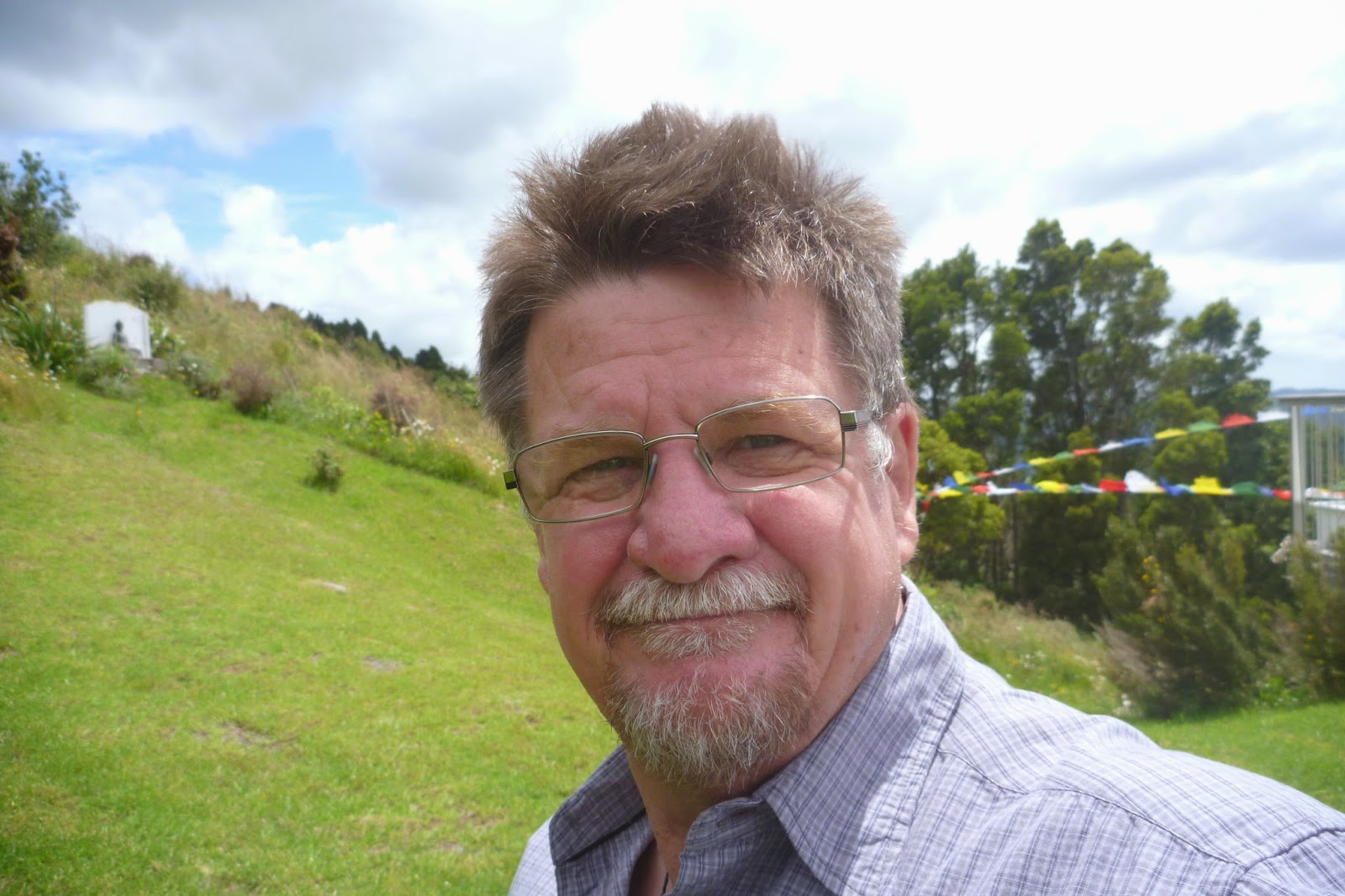 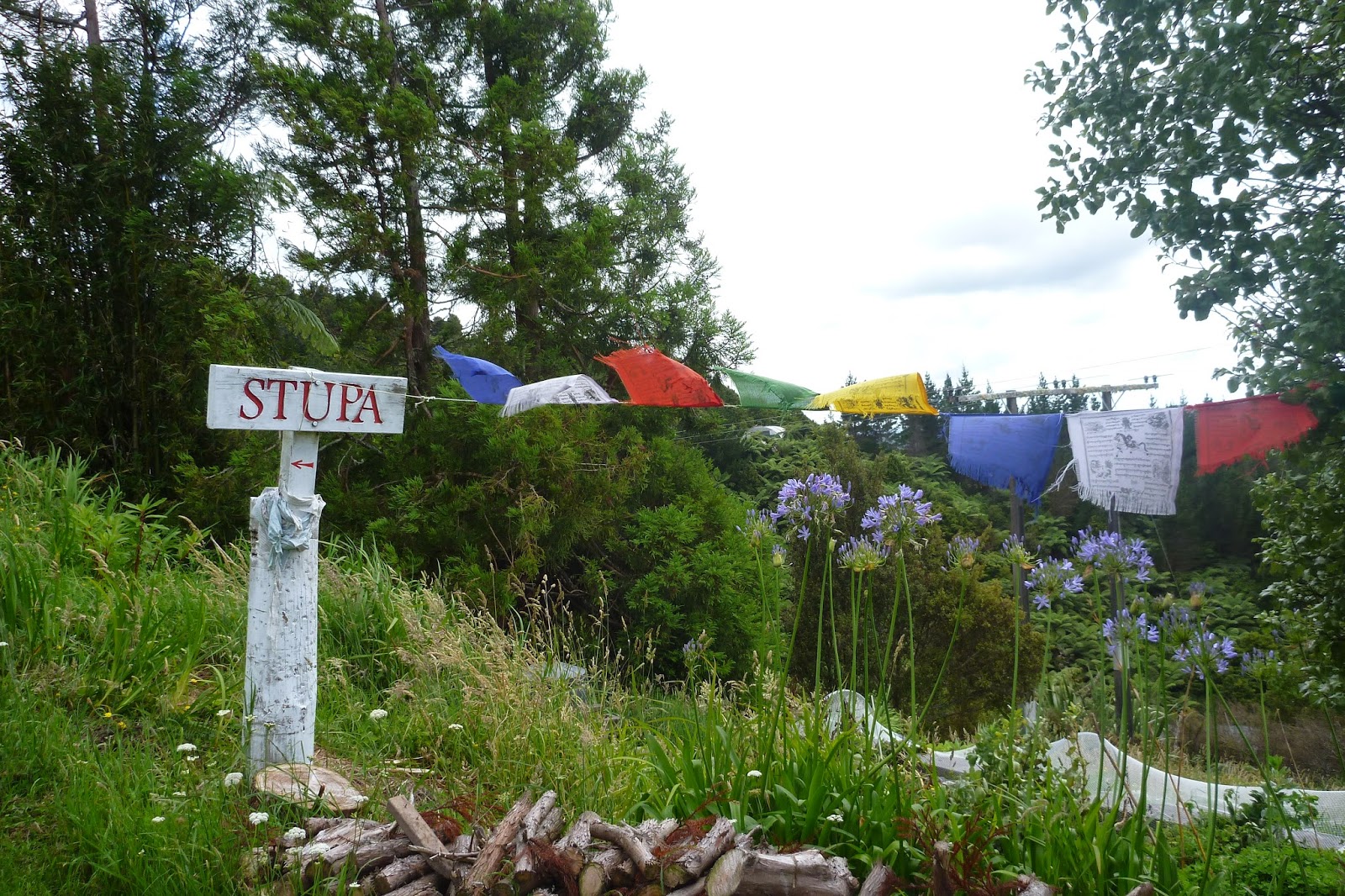 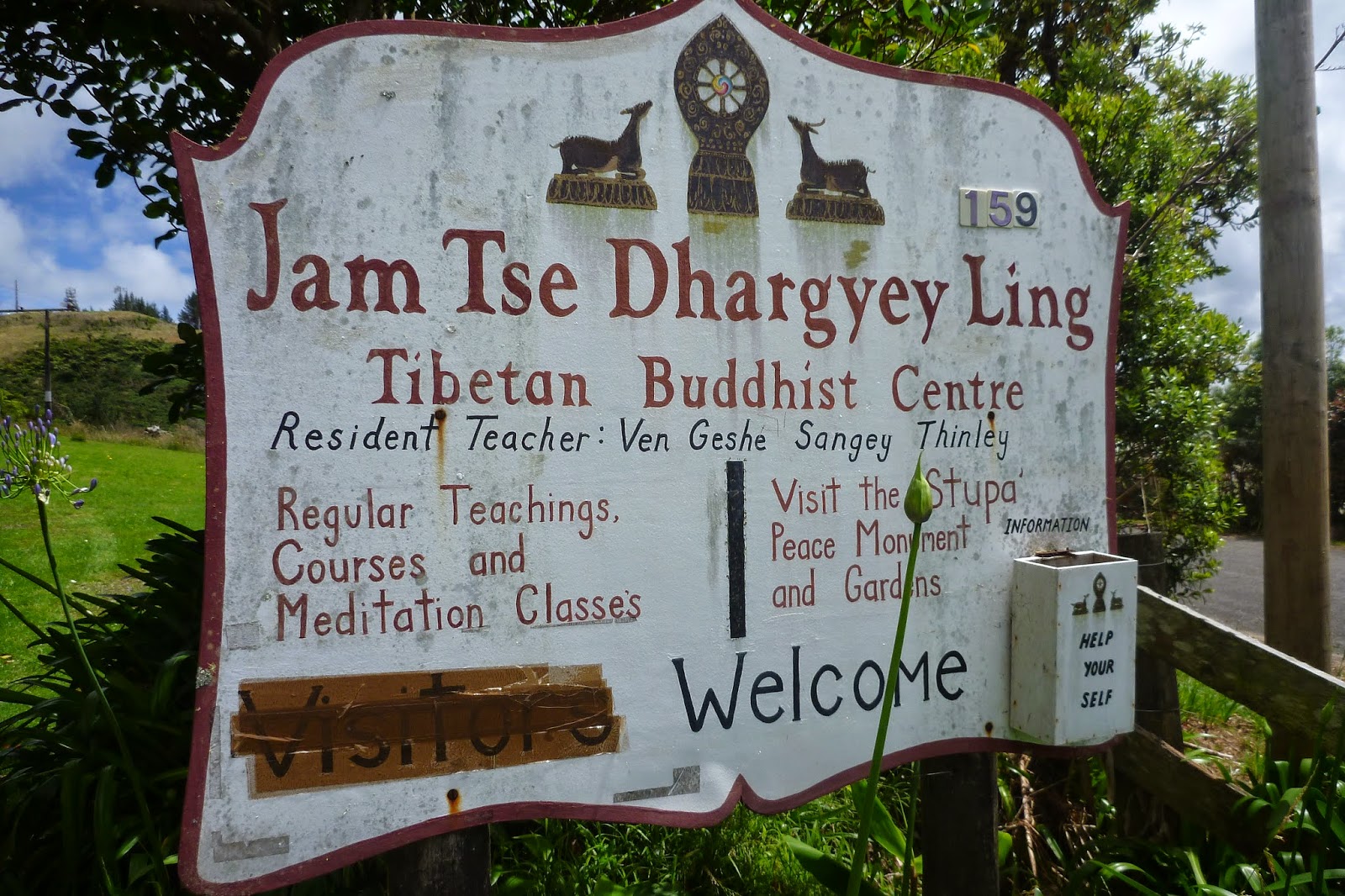 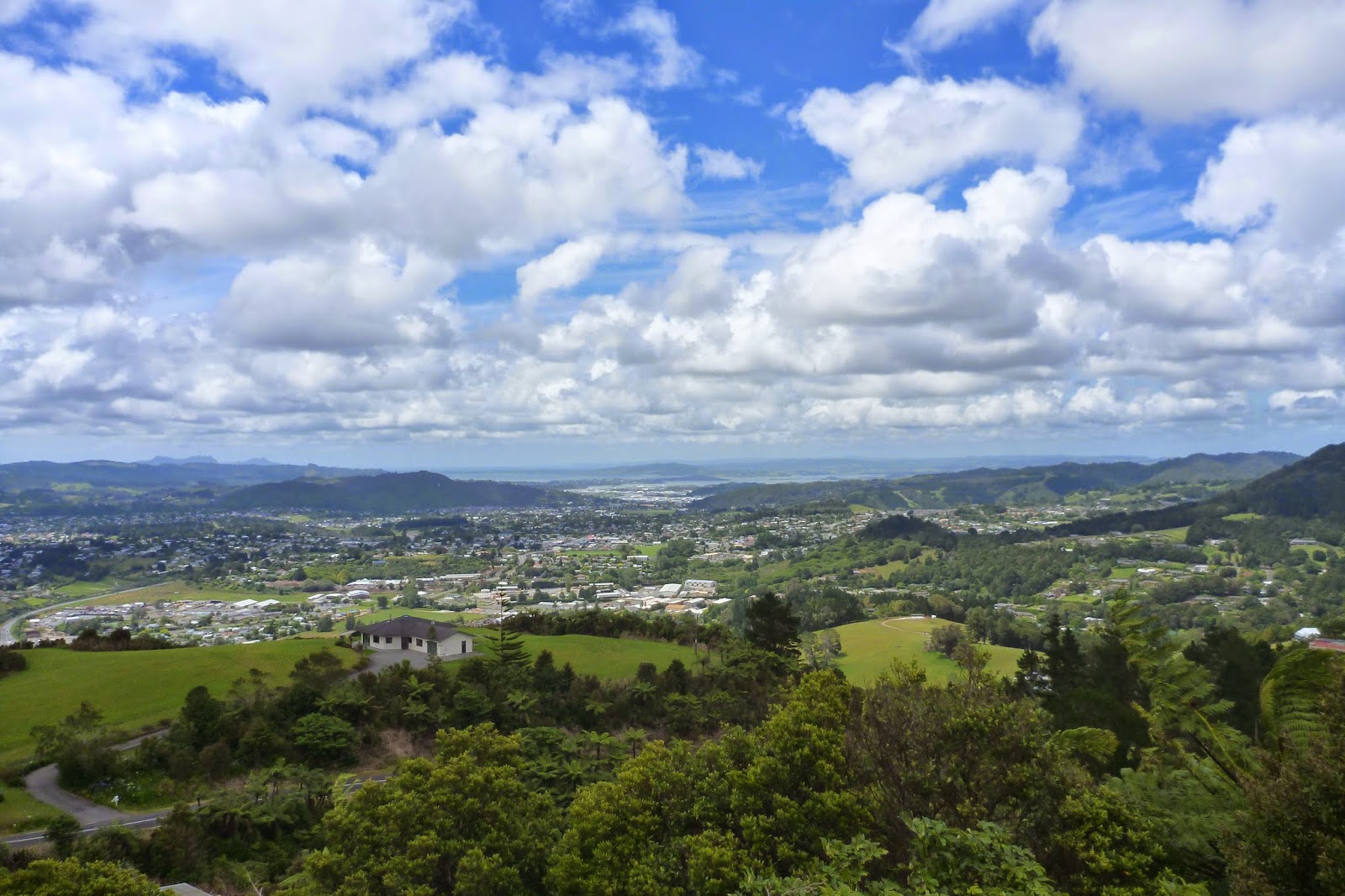 View south and southeast over the city of Whangarei.